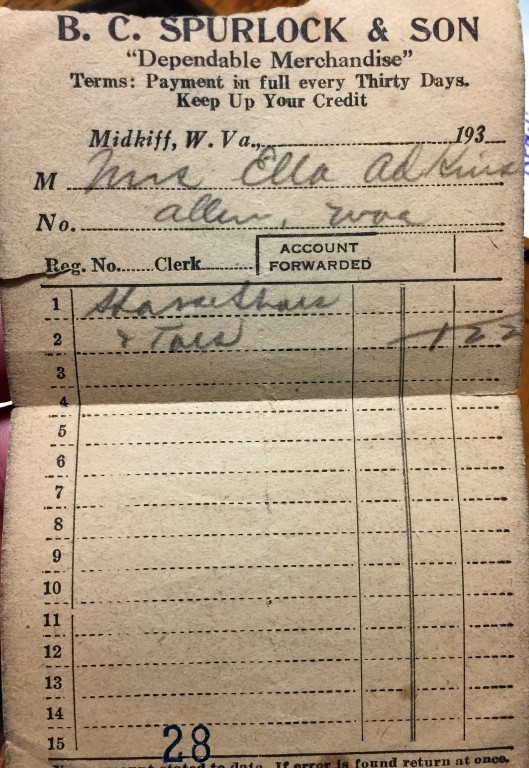 A correspondent named “Billy the Goat” from Chapmanville in Logan County, West Virginia, offered the following news, which the Logan Banner printed on July 28, 1922:

Hot Dog was calling on Queenie on Sunday.

Wayne Brown was a business visitor to Kitchen Saturday.

Mr. John Bishop was seen chasing Mr. Ed Johnson with something. Ed sure can run.

The Banner’s motto should be: “Work like Helen B. Happy.” 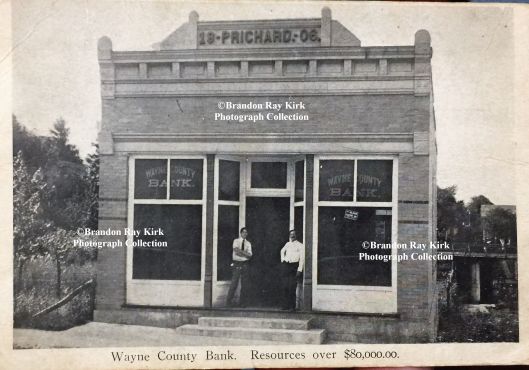 From “The Rise of Education and the Decline of Feudal Tendencies in the Tug River Valley of West Virginia and Kentucky in Relation to the Hatfield and McCoy Feud” by Homer Claude McCoy (1950): 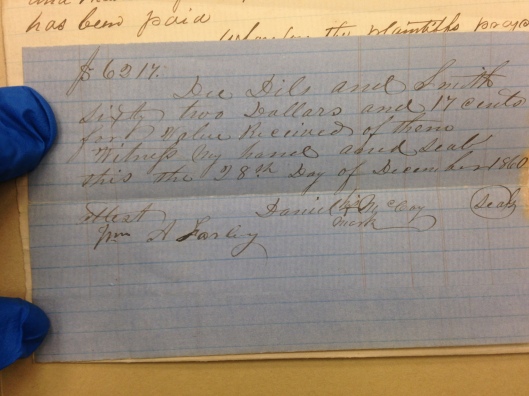 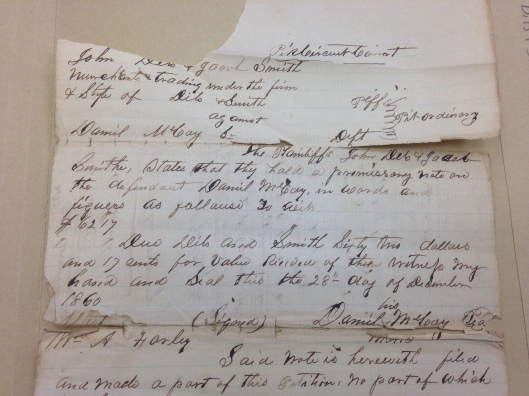 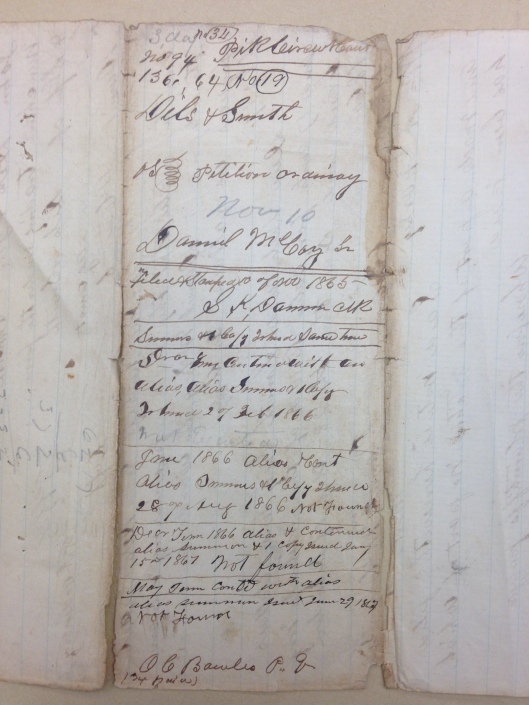 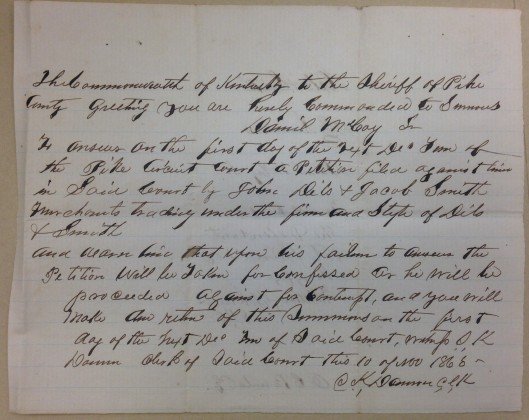 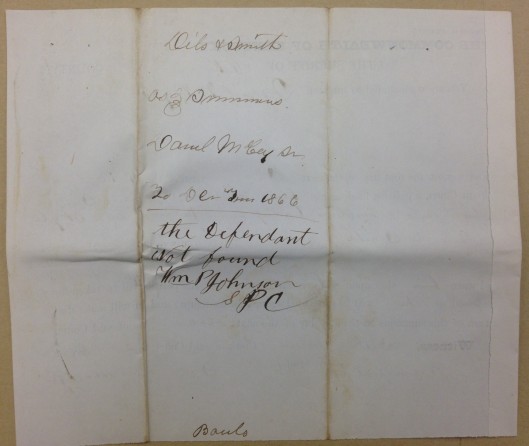 NOTE: I believe this Daniel McCoy is the father of Randolph McCoy. He lived in Logan County, WV.

The Chamber of Commerce has collected quite a few rat tails since its announcement some days ago of the contest which ends on July 15th with a grand prize to the person having collected the greatest number from rats killed. The tails are delivered to Mr. McGuire each Saturday morning at the Chamber’s offices over the First National Bank building, at which time five cents are paid for each tail. The big prize will be given on July 15th, so it’s up to those who have been interested to get busy for the next two weeks.

Secretary Announces It Such a Success That Contest Will Continue

Mr. Davis of East End, Leads in Contest With 113 of Rodents Killed

Such interest is being taken in the rat contest as inaugurated by the Chamber of Commerce that the body has decided not to close the contest July 15, as formally announced. The closing date will be announced later and in the meantime the Chamber wants every boy, girl, man or woman to be an active soldier in the extermination of this rodent.

So far Mr. Davis who lives near the Logan Planing Mill in the eastern portion of the city, has the largest number of rat tails to his credit, having delivered a total of 113 on last Saturday. These pests are said to be unusually numerous and active in this vicinity of the city and Mr. Davis has been unusually busy in killing everyone that he has been able to find. He is yet adding to his honor roll and will evidently keep the good work going until the end of the campaign when it is hoped he will be so fond of slaying rats he will continue the good work through life.

Many other citizens of the city are making records and there is one thing sure—when the rat campaign is over there will be a smaller number of the rodents in the city than there were when the contest opened.

Secretary McGuire calls for the citizens to keep up the good fight and announces that the more money the Chamber has to pay out for rat tails the better it pleases them and that he will be on hand each Saturday to reward the faithful exterminators and he hopes to see the number grow larger as each week-end roll around.

Rodent Carries Ladies’ Outfit, But Dial Gets It

Chief of police Dial had a rather funny experience the other day. He was crossing Main street when he saw some sort of an animal moving down the street with a large package on its back that almost hid the animal from view. For some moments his brain was puzzled at the queer sight. He thought for an instant his eyes might be playing him a prank. Rubbing his eyes, he looked again and there it was moving along down the road.

Dial could not remember of imbibing any amount of “hootch” that might cause him to see things so he pulled his trusty pocket gun and fired away. The beast tumbled over and the package felt o the paved highway. Imagine his surprise when he discovered one of the large rats that inhabit the post office had escaped from the building and was making a get-away with a huge parcel post package. The address had been removed from the package by the rodent and several large holes punctured through the wrapping.

The “he” rat had evidently made an inspection of the package and found therein a quantity of material with which to dress up Mrs. Rat and was on his way home with the package when he met his untimely death at the hands of the ever watchful chief of the city of Logan.

It is understood the post office rats held funeral services in the local office last Saturday night. There was much sorrow at the loss of one of their members but with the birth rate at a high figure his place will soon be filled and the deceased rat soon forgotten in the rush of rodents at the Logan post office.

Misses Wright and Caldwell Arrive in County For Rat Crusade

A rat extermination campaign was launched in Logan this week when Miss Anna Mae Wright, pretty Portsmouth, Va., girl and Miss Helen Caldwell, her aid-de-camp, began a cooperative drive with the city health department against the destructive rodents.

Women have entered many fields of endeavor but few of them have been of wider benefit to humanity than has Miss Wright in her plan of rat killing, municipal officials in nineteen states have testified following successful campaigns conducted in hundreds of towns and cities.

The germ of the idea for a national rat extermination was created in the mind of Miss Wright three years ago while she was assisting in a civic campaign against rats at Norfolk, Va. It was in this campaign that a government-tested West Virginia product was found to give best results. This product, barium carbonate, is a mineral manufactured from the waste products of West Virginia mines and through its use thousands of rats have been eradicated.

Enthused by the success of the Norfolk campaign and acting under the encouragement of the prominent health authorities in the east, Miss Wright, accompanied by a friend, Mrs. D.M. Staples, started on a tour of southern states during which they met with unusual success.

Romance, however, finally interrupted the partnership oft ese two young ladies in their strange business venture, when Mrs. Staples, a widow met and married a prominent Virginian. Undaunted, Miss Wright has continued her work and is coming to Logan to aid the municipal health department in its efforts to rid the city of rats.

A study of the rat family, made from statistics compiled from all parts of the United States, reveals that there are an average of two rats to every inhabitant in any city or town.

Upon the arrival of the young ladies in Logan, the Mayor was communicated with and they found him a willing helper. He secured for them the endorsement of the various civic bodies and then brought them to The Banner for the publicity campaign.

Their interviewer forgot at times these girls were “rat killers” and as the conversation would naturally turn to other channels he was soon reminded the campaign was against rats and not hearts.

“We’re not afraid of rats,” the girls answered to a query. “You see, we seldom see the live creatures anyway. We help set the bait and wait for results.”

The campaign was started in the business section immediately after their arrival and the girls are calling on the larger firms and assisting in the work. The residential sections cannot all be reached by them, but a supply of the barium carbonate may be had at any of the stores and if the directions are not thoroughly understood or proper results not obtained, Miss Wright or Miss Caldwell will be found at the Aracoma hotel and either will gladly help any person.

Miss Wright’s plan to work is quite simple, she explained. The right proportion of barium carbonate is mixed with delicate morsels of food which are invitingly displayed along the walls of rooms or in known runaways used by rats.

This powder is tasteless but deadly in its work, she explained. There is little to be feared of the rats dying underground or in the walls of buildings after they have eaten of the poison. Its action is such, she stated, that the afflicted rat always comes out into the open air in order to breathe more easily. It is a death of strangulation and the doped animals always come out of their retreats when they feel themselves afflicted.

The barium carbonate used in the local campaign will be furnished by Miss Wright at a nominal cost, city officials announced. 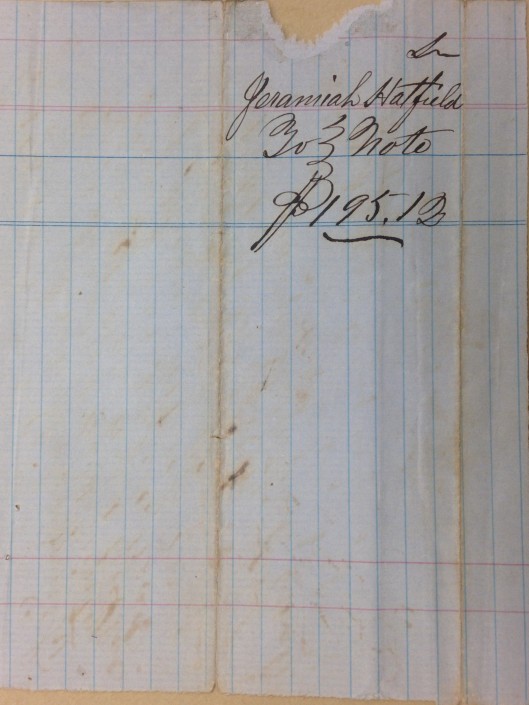 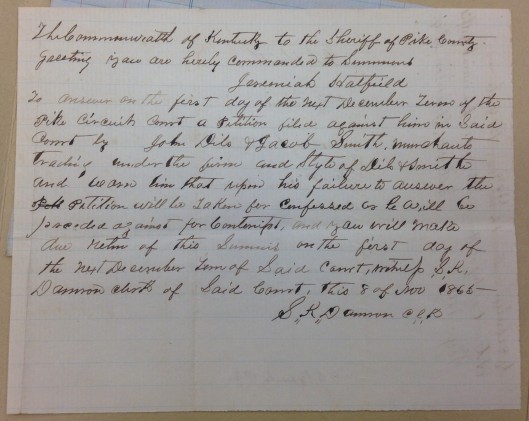 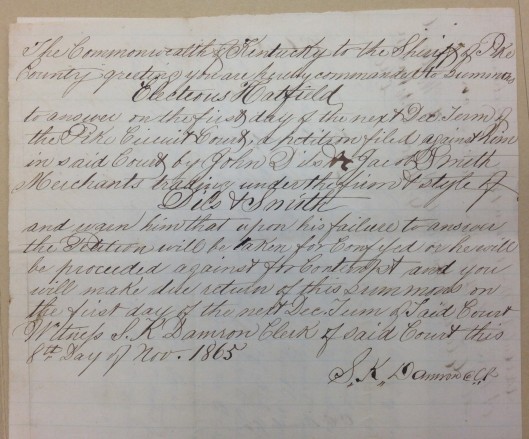 NOTE: The Jeremiah Hatfield named in this case is likely the son of Ephraim and Anna (Musick) Hatfield. Elexius “Leck” Hatfield (1834-1914), a nephew to Jeremiah, was the son of George and Nancy (Whitt) Hatfield. He was also a brother to “Preacher Anse” Hatfield.

Mrs. Lucy Woodie has been visiting home folks at Ashland and we are very glad to have her back again.

Rev. Dan Claytor preached for us Sunday night. It was a very small attendance. Dear people, why don’t you come to the church and hear the word of the Lord?

Mrs. Minnie Gayhart is very sick at this time. We hope to see her improving soon.

Hughie Smith was here Tuesday. Hurry up, Hughie. Things are looking very sad without you.

Mrs. Fannie Hill is progressing nicely with her school.

Nathaniel Hogans is able to be at school again.

Stone Branch is getting more like a city every day.

Famous combinations: A.J. Dickerson and his wagon; Mr. Will Woodie and his slop bucket; Samuel Thomas and his oil can; John Smith and his baby; Mrs. Lucy Woodie and her traveling bag. 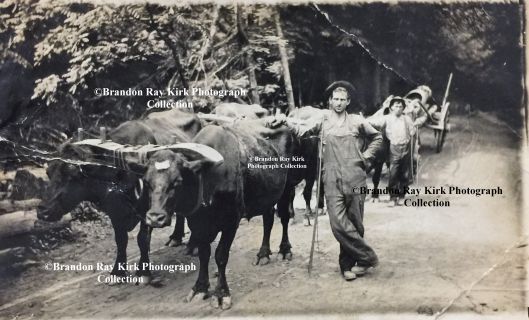 Mrs. L. Huffman entertained a bunch of friends and guests for dinner on the Fourth. A delightful dinner was served.

Miss Thelma Huffman is on a vacation in Charleston visiting friends.

The Death Angel visited the home of Mr. and Mrs. Tom Lambert last Sunday and took their new born babe away.

Mr. Wayne Brumfield was the guest of Thelma Huffman Sunday.

Miss Edna Brumfield and Lonnie Lambert are engaged to be married July 15th.

The Death Angel visited the home of Mrs. Lillie Curry and took her husband away last Saturday morning.