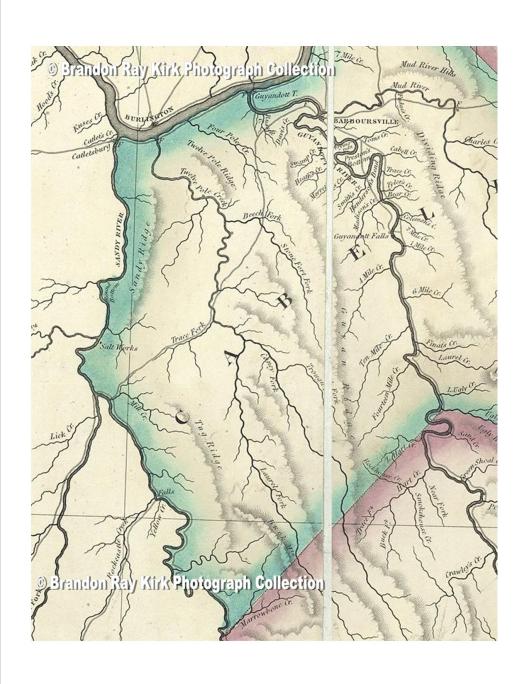 “Progressive,” a local correspondent from Toney in Lincoln County, West Virginia, offered the following items, which the Lincoln Republican printed on Friday, September 5, 1912:

Miss Lottie Lucas, an experienced school teacher at this place, left Sunday for Midkiff where she will teach school.

Mrs. Abbott, who contracted fever while in Logan, was brought to B.D. Toney’s and is improving slowly, under the care of the Ripley nurse.

M.C. Farley, was in our midst Sunday.

F.B. Adkins has been teaching school for the past week for Miss Dollie Toney as she has poor health.

Miss Baisden, who has been in poor health for some time, is improving.

Work is being done on the county roads at this place.

Geo. H. Thomas, of Ferrellsburg was in our midst Sunday boosting the “Bull Moose” party.

Ward Brumfield and C.B. Lucas were calling on the voters in this part of the precinct Monday.

Maggie Lucas, of this place left Sunday for her school near Rector.

The social given in honor of Blain Powers at Mr. Davis’ Saturday night proved a grand success.

A.G. Adkins who has been conducting a log job for B. Johnson & Co., spent Sunday with home folks.

Corn crops are fine in this section and K.E. Toney is preparing by having a large barn built. 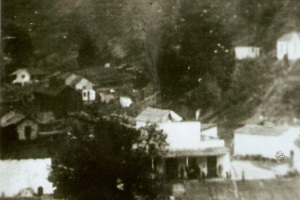 One of the more interesting sources on the Cain Adkins family was Glenna Epling, a schoolteacher in Wayne, West Virginia. Glenna, the great-granddaughter of Boney Lucas, told Brandon that Paris Brumfield accused Lucas of “messing with” a fifteen-year-old Brumfield girl. Lucas, who was innocent of the charge, was killed by Brumfield after he had said something “out of the way” to the young girl. At some point thereafter, Boney’s widow Angeline, armed with a gun, laid in wait for Brumfield at a rock. Millard Lucas (Glenna’s grandfather), who was supposedly nine years old, asked her why she was going to kill “Uncle Paris.” She put the gun down and said, “I almost made a mistake like the Brumfields made.” (This event would have occurred circa 1889, as Millard was born in 1880.)

Millard told Glenna that Angeline — his own mother — was a “bad woman.” After Boney’s death, she moved to Catlettsburg, Kentucky, and to Wayne County. At some point, she joined a traveling show as a dancer and left her children home alone with food and instructions not to go to Grandpa Cain’s house. Later, she married an Adams. Perhaps for obvious reasons, Glenna said the Lucases on Green Shoal in Lincoln County never wanted anything to do with Boney’s family. 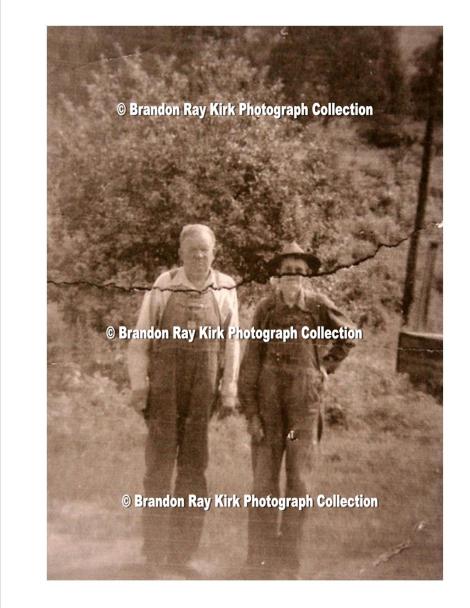 “Greasy George” Adams, a son of Ben Adams, was apparently a notorious character on Harts Creek in the early decades of the twentieth century. Lawrence Haley had mentioned his name to me on my first trip to Ashland, while Brandon said his home was the scene of Charley and Ward Brumfield’s double murder in 1926. A 1953 article from the Huntington Herald-Advertiser titled “HARTS CREEK HOME WHERE FIVE MET DEATH NOW IS OFTEN SCENE OF PRAYER MEETINGS” had this great interview with Adams.

George Adams of Harts Creek in Logan County has his rifle on the wall now and instead of a pistol in his hand he carries a prayer book. He’s given up feuding and fighting and settled down to old-time religion at his neat farm home where five persons were killed in gun fights. Almost never does the tantalizing smell of moonshine cooking in a barrel up a mountain hollow drift down to taunt the nostrils of the man who proudly states he has made thousands of gallons and the law never chopped up one of his stills. “I put ’em high up in the hills and the law got too tired before they reached them,” he said.

THE HONKING of a brood of ducks and the whining of droves of bees busy at work at his 40 honey hives are about the only sounds which disturb the silence around his 25 acres of land today. Land which he says he was able to buy through the sale of bootleg liquor. But it was not always so at George Adams’ place. Several decades ago he recalls that when he heard a rifle singing through the hills he reckoned it was a neighbor shooting at another neighbor. Open season on humans has closed in the area since, and squirrels and rabbits are about the only targets. George Adams misses the sparsity of “shine” from the hill country he loves so well, even though he says he hasn’t touched a drop since the last killing at his home. “Dang revenooers probably don’t know how good moonshine made out of tomatoes is, or they wouldn’t go around bustin’ up all the stills in the country,” he said.

THE MOUNTAIN folk in the Harts Creek area will tell you that there’s many a home along the small stream which flows into the Guyandotte River that’s seen a shooting or a killing. But George Adams’ home is slightly above par for the area — five people have met violent deaths there. As “Greasy George,” which his neighbors call him, puts it: “No trouble for a man to get in trouble but it’s hell to get out!” And he’s a man who should know about trouble. His legs are a little wobbly now because of carrying his six foot of height and weight around for 72 years, and he gets a little short of breath when working too hard, but when he starts talking about his shooting scrapes, he has all the enthusiasm of a country boy walking a country mile to a country house to date a country girl for the first time.

“I FUST got into trouble when I was nineteen. Mail carrier undertook to kill Dad and I went after him. Somebody got him,” he said, hastily adding: “Weren’t too nice a way to treat a man who delivers letters.” George related that his Dad got shot four times in the exchange of lead and “we both went to jail.” A trial in Logan County lasted for three days and he said, “Dad nearly went broke paying off lawyers,” before a verdict of self defense was brought in. That shooting affair took place less than a mile from George’s present home but several years later his kitchen was the scene of a battle where he said “guns were going off like popcorn.” Three participants emptied their guns at each other after George said one of them knocked him down and out of the way. Three burials took place afterwards. Before George built his present frame house over a log cabin, the logs were speckled with the bullets which went wild. The house today is probably the only frame house in the nation which has a cement roof on it three inches thick. “Ran out of lumber and got concrete real cheap,” George said. “While the house is plenty warm in winter time it sure is hot in summer,” he added.

ADAMS recalls that except for getting a year in jail for fighting during the kitchen shooting affair, the only time he strayed from the Harts area was when he went on a three-year vacation in Atlanta, Ga., courtesy of the federal government. Things were peaceful at his house for a while until a relative “up and chased his wife over here,” he said. The relative, according to George, fired and hit the wife with a blast from a 16-gauge shot gun. The next and last time a shooting occurred in the old homestead, Frank Adams, George’s son, lost his life. He said the affair was due to drinking and “since then I haven’t touched a drop unless somebody put it in my food unbeknowst to me.” “My boys were singing a lot of old fool songs and I told ’em to shut up. My son got up and slapped me down. While I was knocked out somebody shot Frank.”

GEORGE SAID he had 18 children. Three are living at home with him now and the rest are in other parts of the state. He says he can’t recall all their names “but they are in the Bible.” During recent years his home which saw so much violence is now the scene of many a religious meeting. He has even constructed benches in his yard to seat the neighbors who come from miles around to hear the services. He’s not filled full of the brine and vinegar he had when he was younger and as he says: “Me and other folks have quit this tomfoolery.” But nevertheless, George remarked that he would “sorta like to git in ‘nuther shakedown if I wasn’t too old.” And on the wall overhanging his bed is his rifle. “Keep it so’s if a man keeps coming in the house at night when I say stop I can stop him,” he said. 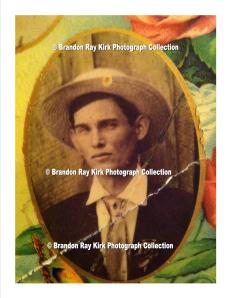 An unknown local correspondent from Toney in Lincoln County, West Virginia, offered the following items, which the Lincoln Republican printed on Friday, August 22, 1912:

We continue to have plenty of rain.

Cattle buyers are numerous in this section now, and their prices are good.

A.G. Adkins, and laborers, spent Sunday with their families near here.

Miss Maggie Lucas has been on the sick list for a few days. 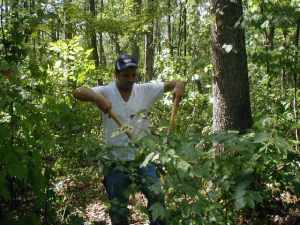 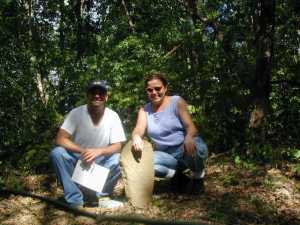 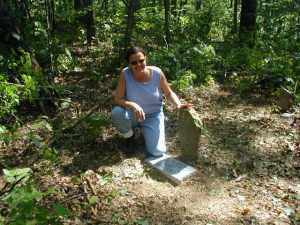 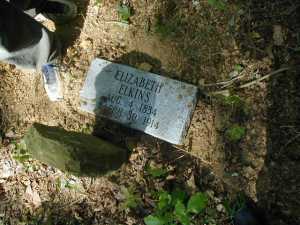 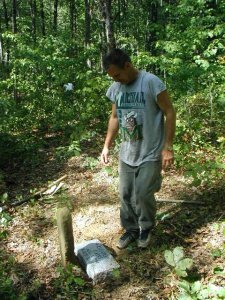 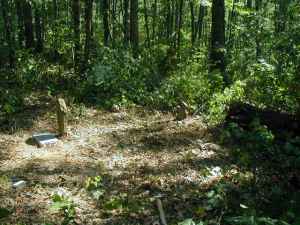 “Bess,” a local correspondent from Toney in Lincoln County, West Virginia, offered the following items, which the Lincoln Republican printed on Friday, August 22, 1912:

Mrs. S.J. Baisden is improving rapidly in health to the great delight of her many friends.

Jim Brumfield was a business visitor to Chapmanville Monday.

The young folks had a very delightful time peeling apples last Saturday night at the home of Mr. and Mrs. T.B. Davis, who were very entertaining.

Our school was discontinued Monday on account of not having the new text books.

Mrs. Sarah Workman was the guest of Mrs. B.D. Toney on Sunday.

Miss Lula Fry, of Bulger, who has been visiting relatives here returned to her house on Monday.