A correspondent named “Bluebird” from Whirlwind at Harts Creek in Logan County, West Virginia, offered the following items, which the Logan Banner printed on February 16, 1923:

Quite a number of people are on the sick list in this vicinity at this time.

Grover Adams has been busily engaged in the hunting business this winter.

Sol Adams of Mount Gay has been visiting relatives on Hoover recently.

Wonder if James Robert has ever let Pusher Blair ride his grey anymore?

The singing school on Trace is progressing nicely.

Victoria and Joe Kirk were out horseback riding Sunday.

Mr. and Mrs. John H. Mullins have been visiting relatives on Hart.

Mr. Samuel Vance of Twelve Pole was a business visitor to this community recently.

Harve Smith and John Fillinger have been having some fine sport fox hunting this winter.

Everybody has been wondering what has become of Ichabod Crane.

Van Mullins of this place is at Cherry Tree on the sick list. We hope that he will soon recover and return home.

Bud Richards is going into the mercantile business near the mouth of Smoke House.

Ratio. Don’t be afraid. The bull dog won’t hurt you.

From the Logan County Banner of Logan, WV, comes this bit of history written by amateur historian Henry Clay Ragland relating to Stephen Hart and the naming of Harts Creek in Lincoln and Logan counties, West Virginia, dated 1896:

On 13 April 1937, the Logan Banner printed another story about Hart and his relationship to Harts Creek. This latter story was generally derived from Ragland’s 1896 history.

Much has been told about Harts Creek in late years, but little is known about the first settler who built his home in the long hollow and gave it a name.

Stephen Hart built a cabin on the farm which Henderson Dingess later owned at the forks of Hart’s Creek. He cared nothing for the soil, but spent his time hunting deer and curing the meat. He didn’t stay long in one place.

Near his cabin he built a house in which to store his cured venison between his infrequent trips to the settlements down the river and was altogether self-sufficient. His neighbors knew little about the man. There is no record of a family reared by him and he told neighbors little of his past history.

His was a roaming nature. He, like the Arabs, pitched his tent where the water was clearest, the game gamest, and the soil most fertile.

To commemorate his short stay at the forks of Harts, neighbors named the creek for him after he had loaded his gun, food stores and skins on a pack mule, and started west.

His few friends heard no more about him, but they remembered him as a “quiet man, a good shot, and a good neighbor.”

Just “around the bend and over the ridge,” Jacob Stollings, John Baker, and Dick Johnson brought their families and built their homes. From descendants of this family comes much of the record of Stephen Hart who gave the creek a name.

Hart’s venison was known for miles around as the tenderest, the most delicately cured meat in the Hart’s section and Stollings, Baker, and Johnson always put in a small supply of Hart’s meat for the winter, sometimes to take an unusually large supply off the hunter’s hands but most times just because they liked the venison.

John Baker married a daughter of Jacob Stollings, and Dick Johnson married a sister of Baker’s. Both men reared large families whose names are familiar in the county’s history.

But Hart left only the name of his beloved deer hunting grounds as a reminder that he had first set foot on Hart’s Creek.

MY NOTE: Of importance, much confusion remains regarding the source for the naming of Harts Creek, essentially relating to the fact that Stephen Hart was born too late to have inspired the naming of the stream. I first attempted to unravel this story when I published a profile of Stephen Hart in a Lincoln County newspaper in 1995/6. Stephen Hart, son of James and Elizabeth Hart, was born c.1810 in North Carolina; Harts Creek appears on a map printed prior to 1824 (Hart was still quite young). In the early 1900s, amateur historian Fred B. Lambert noted that Hart’s father had been killed by Native Americans at the mouth of present-day Little Harts Creek (according to a Hart descendant). Possibly it is Mr. Hart’s father who inspired the naming of the local stream. Problematic to this possibility is the fact that, based on Stephen Hart’s estimated year of birth, his father would have been killed in 1809-1811, which is about fifteen to twenty years too late for an Indian attack in the Guyandotte Valley. Stephen Hart did settle locally. He may well have squatted on Harts Creek land, as Ragland reported in 1896. Based on documentary evidence, he acquired 50 acres on Crawley Creek in 1839. He appears in the 1840 Logan County Census and the 1850 Boone County Census. By 1860, he had settled in Roane County, where he died in 1896–the same year that Ragland published his history. He also left plenty of local descendants in the Mud River section of Lincoln County. How did Ragland garble this section of his history so badly? For those who wish to avoid sorting out this confusing tale, consider this version: at least one early account states the creek was named “hart” due to the prevalence of stags in its vicinity.

We are having much rainy weather at this writing.

David Dingess made a business trip to Chapmanville Monday.

Miss Inez Barker of Chapmanville has been visiting Miss Ula Adams of Queen’s Ridge for the past week.

Sidney Mullins made a flying trip to Logan last week.

Edward Brumfield and Enos Dials of Harts were the guests of Misses Inez and Lucy Dingess Saturday and Sunday.

The people of this place enjoyed a fine meeting Saturday and Sunday when fine sermons were delivered by Rev. I.M. Nelson and Revs. J.W. Renfroe and Short from Ashland, Ky. There were a number of conversions.

R.L. Dingess is teaching school at Bulwark this year. We wish him much success.

Times are very lively on Trace now since Mr. Dials made a visit up the left fork.

Mr. and Mrs. Lewis Farley made a trip to Roach last week, visiting the former’s parents.

Wonder why so many boys visit Mr. Baisden’s now?

Wonder who the barber is on Jonas Branch nowadays?

Some combinations: Howard and his wash bowl and pitcher; Liza and her flowered dress; Ewell going to Harts; Maudie and her powder puff; Kate and her bobbed hair; Sally and Bunt packing beans.

Albert Dingess Family Cemetery, Shively, Smokehouse Fork of Harts Creek, Logan County, WV. You can see the old Shively Post Office down past the trees and along the road. 28 April 2018.

Albert Dingess was an important splasher and timberman on Harts Creek in Logan County, WV. His sister, Minerva (Dingess) Adkins, is my great-great-great-grandmother. 8 March 2013. 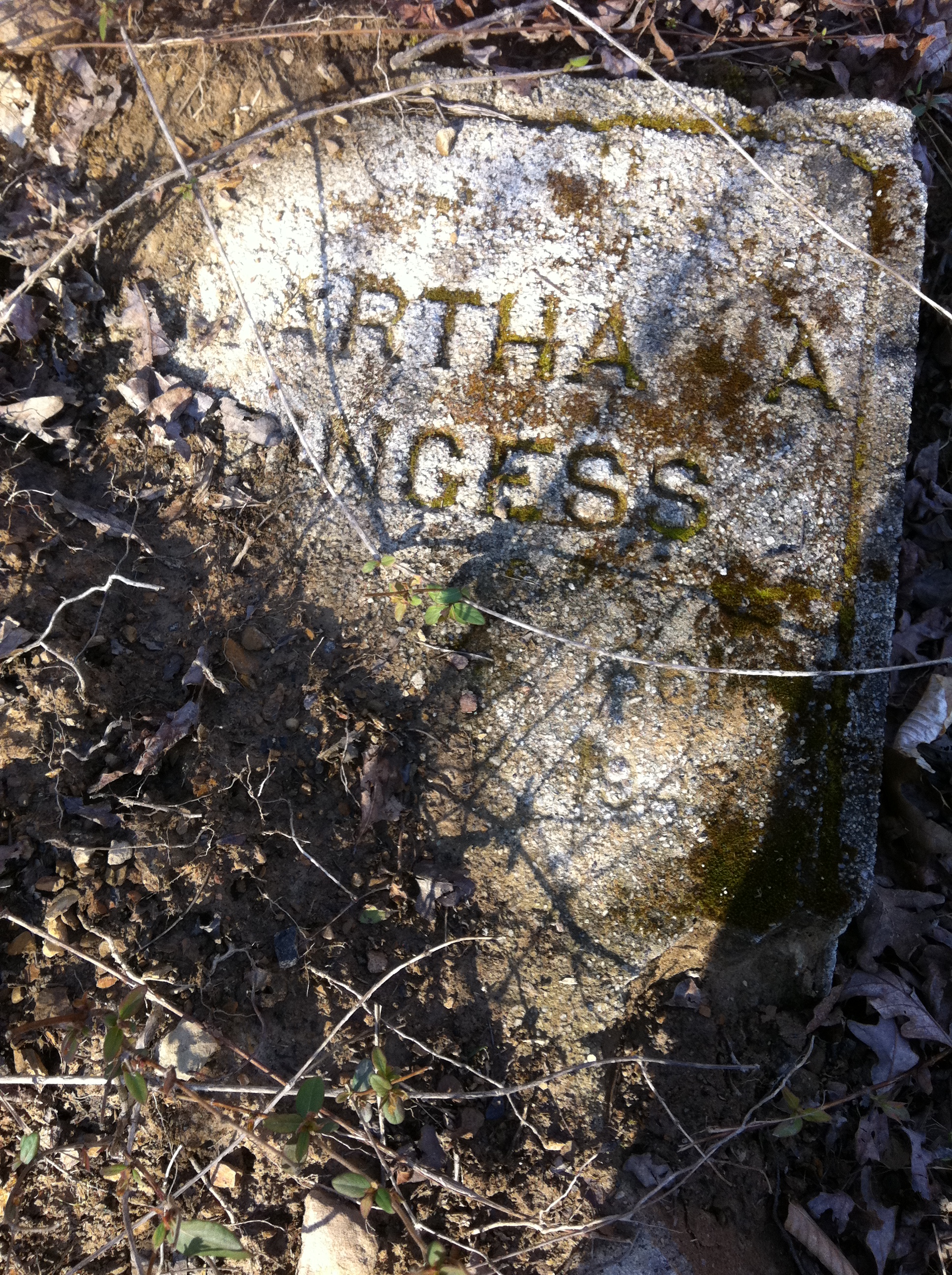 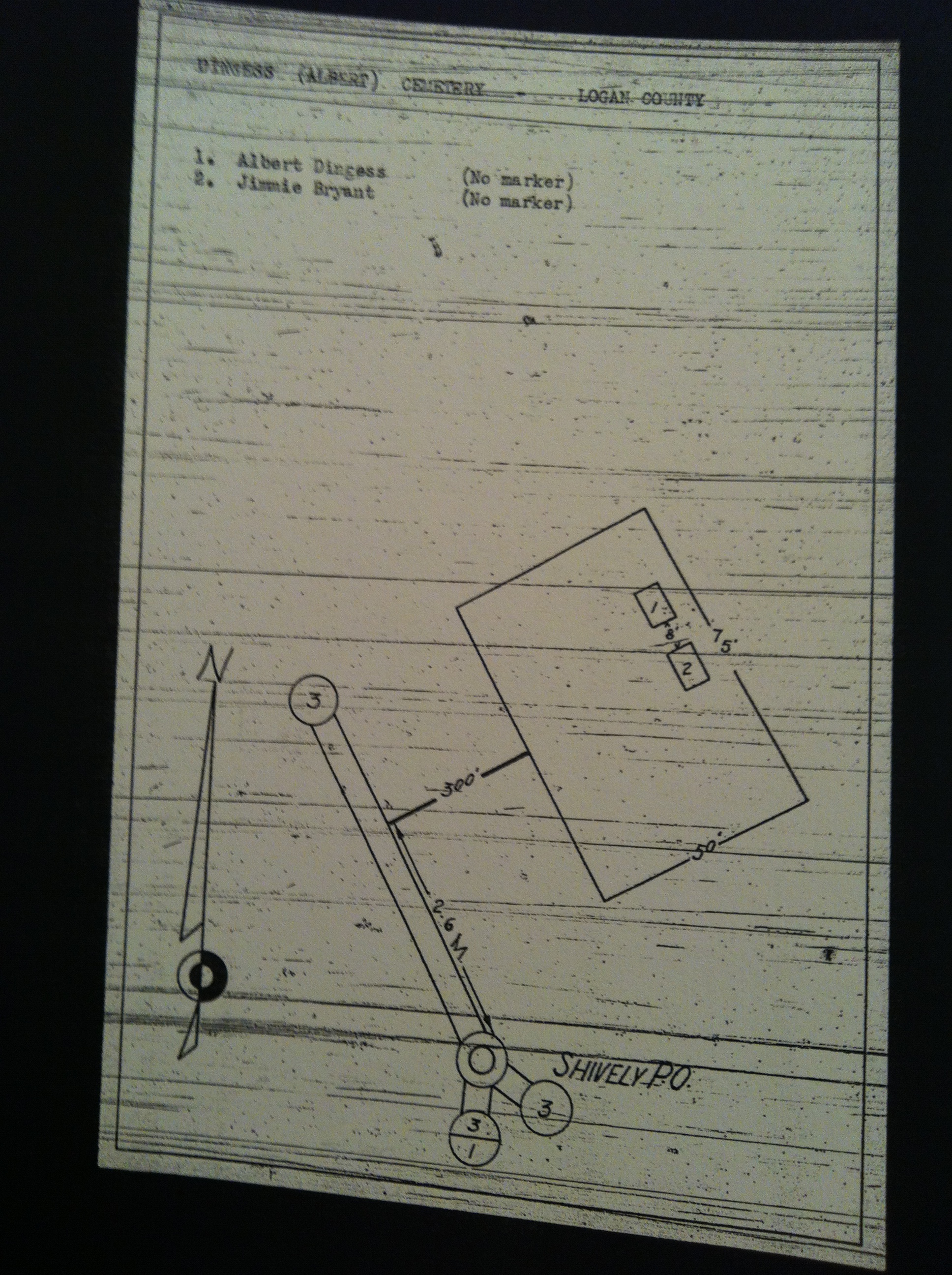 Here’s an old WPA map of the cemetery that shows graves for Albert Dingess and his father-in-law, James Bryant. Courtesy of the WV State Archives, Charleston, WV. 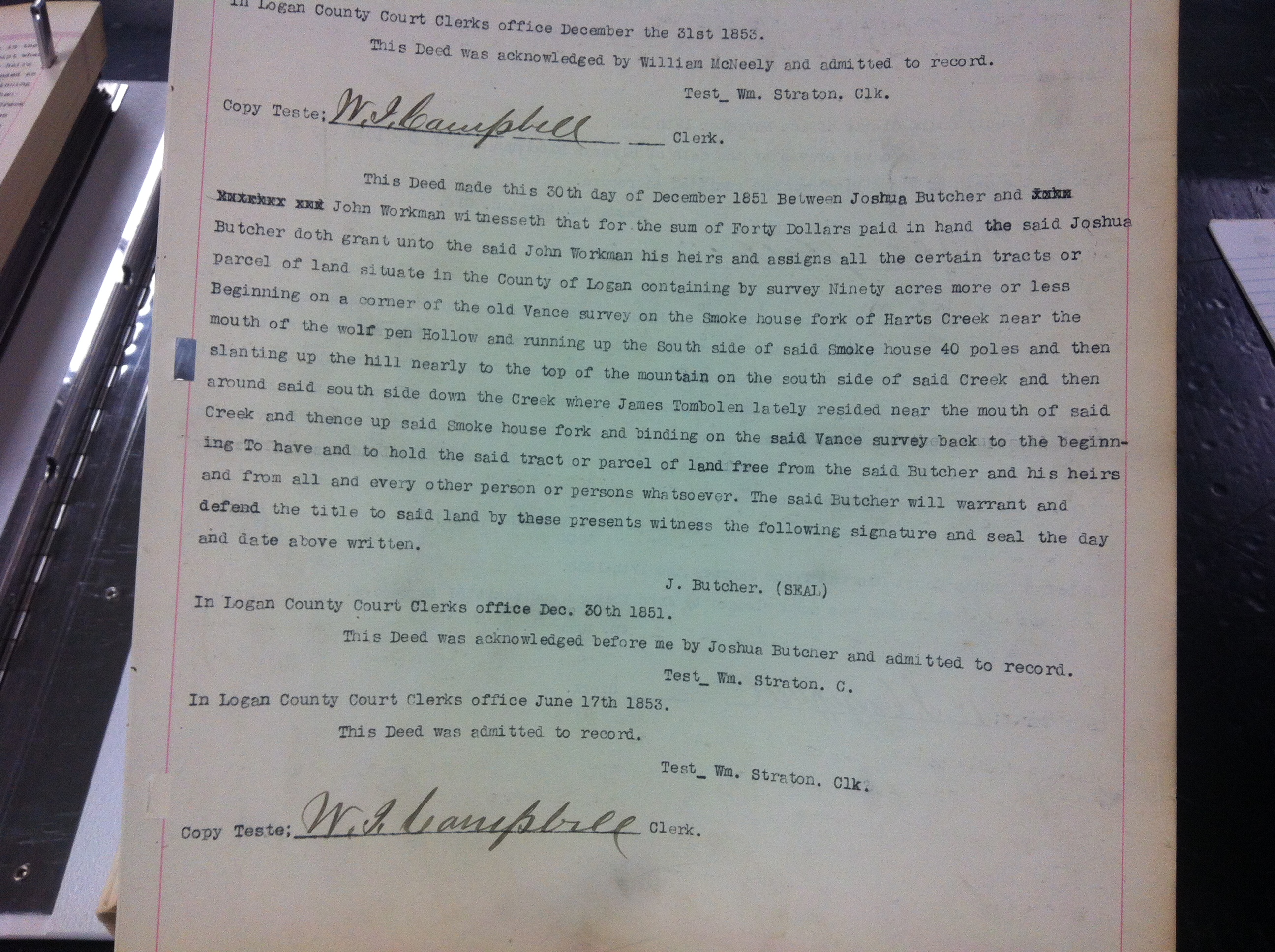 Heading up the mountain to the Conley Cemetery, located on a ridge between Smokehouse Fork and White Oak Fork of Harts Creek, Logan County, WV. My young guide was a Conley descendant. 26 March 2018. 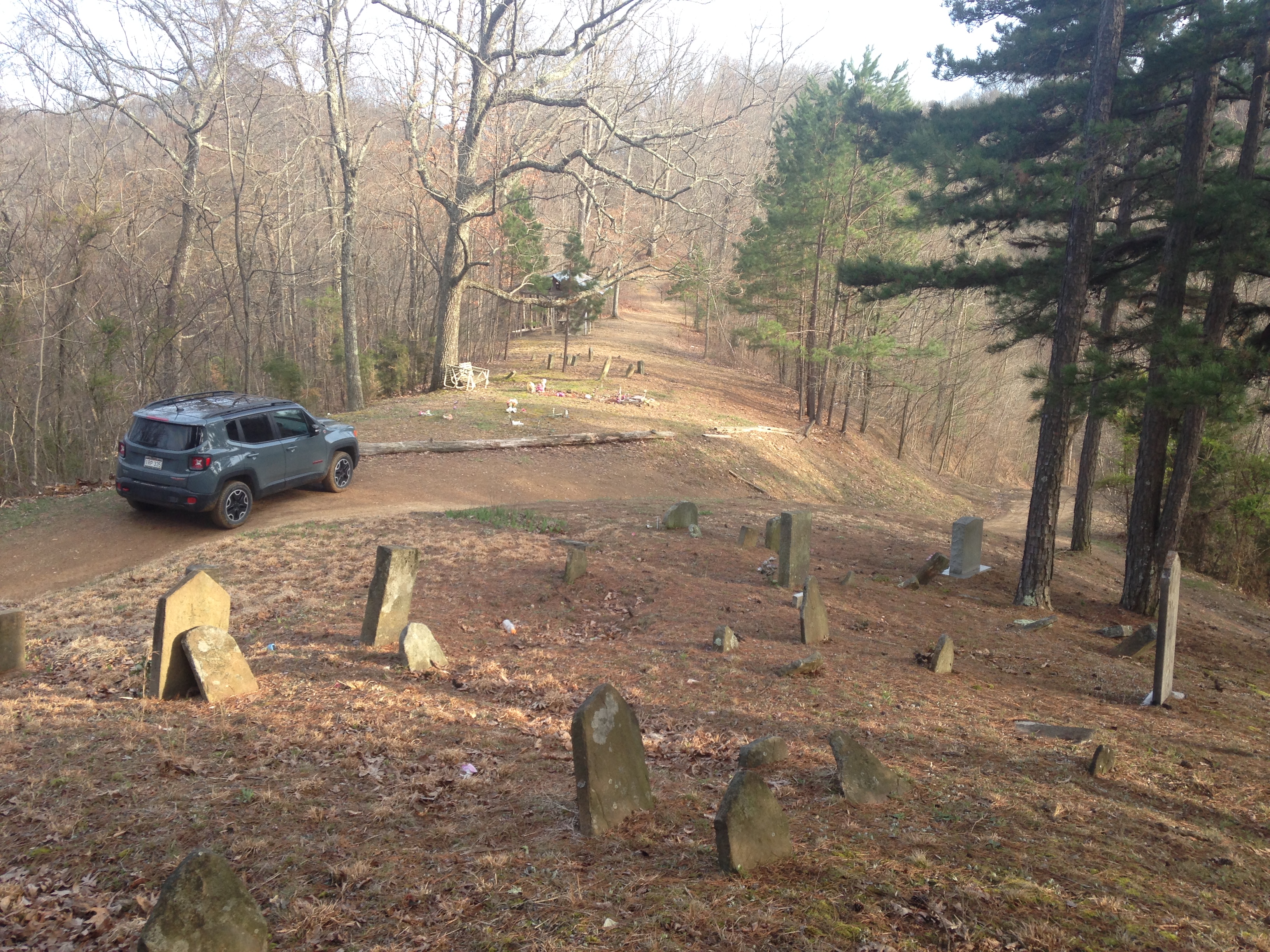 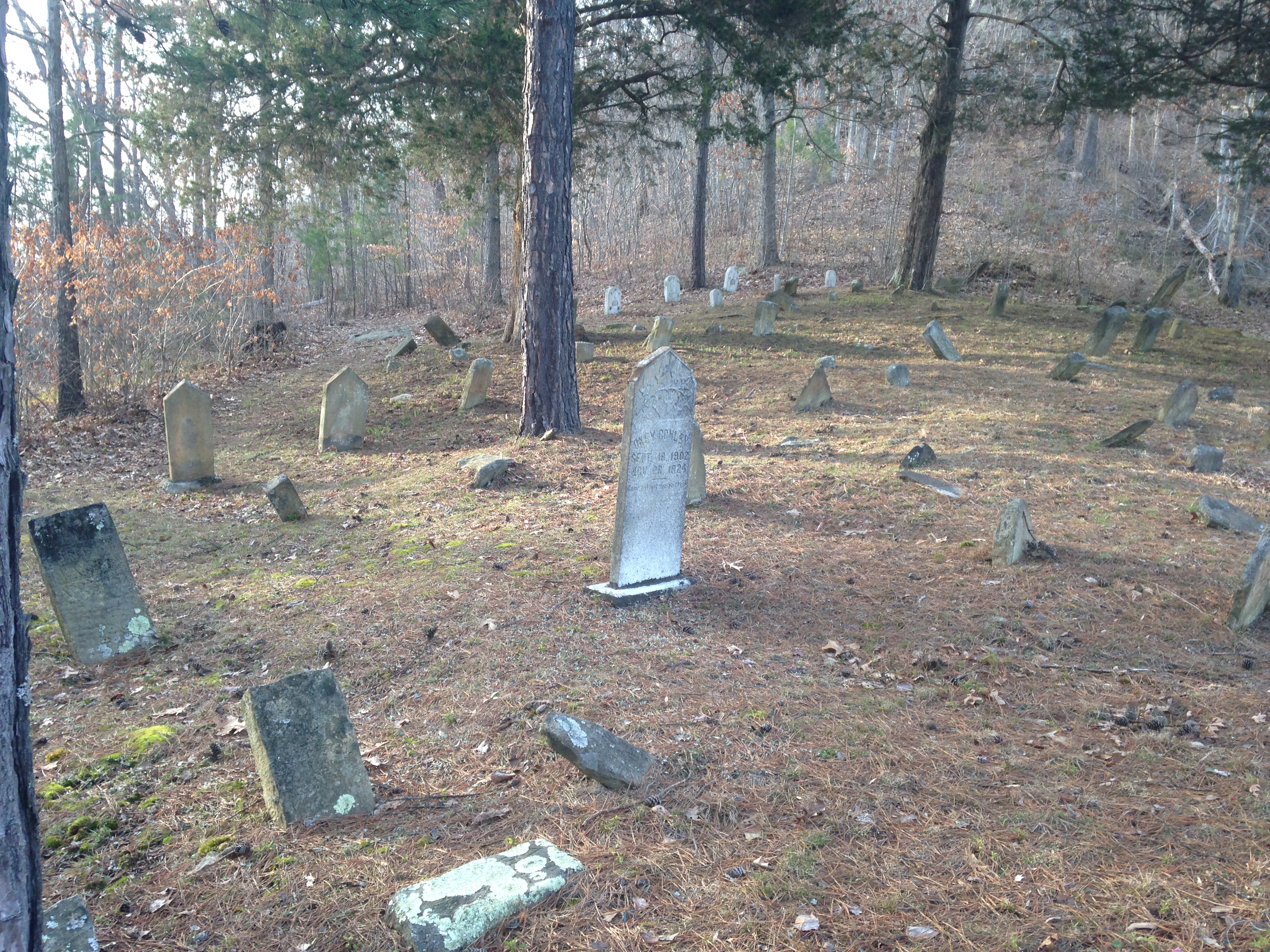 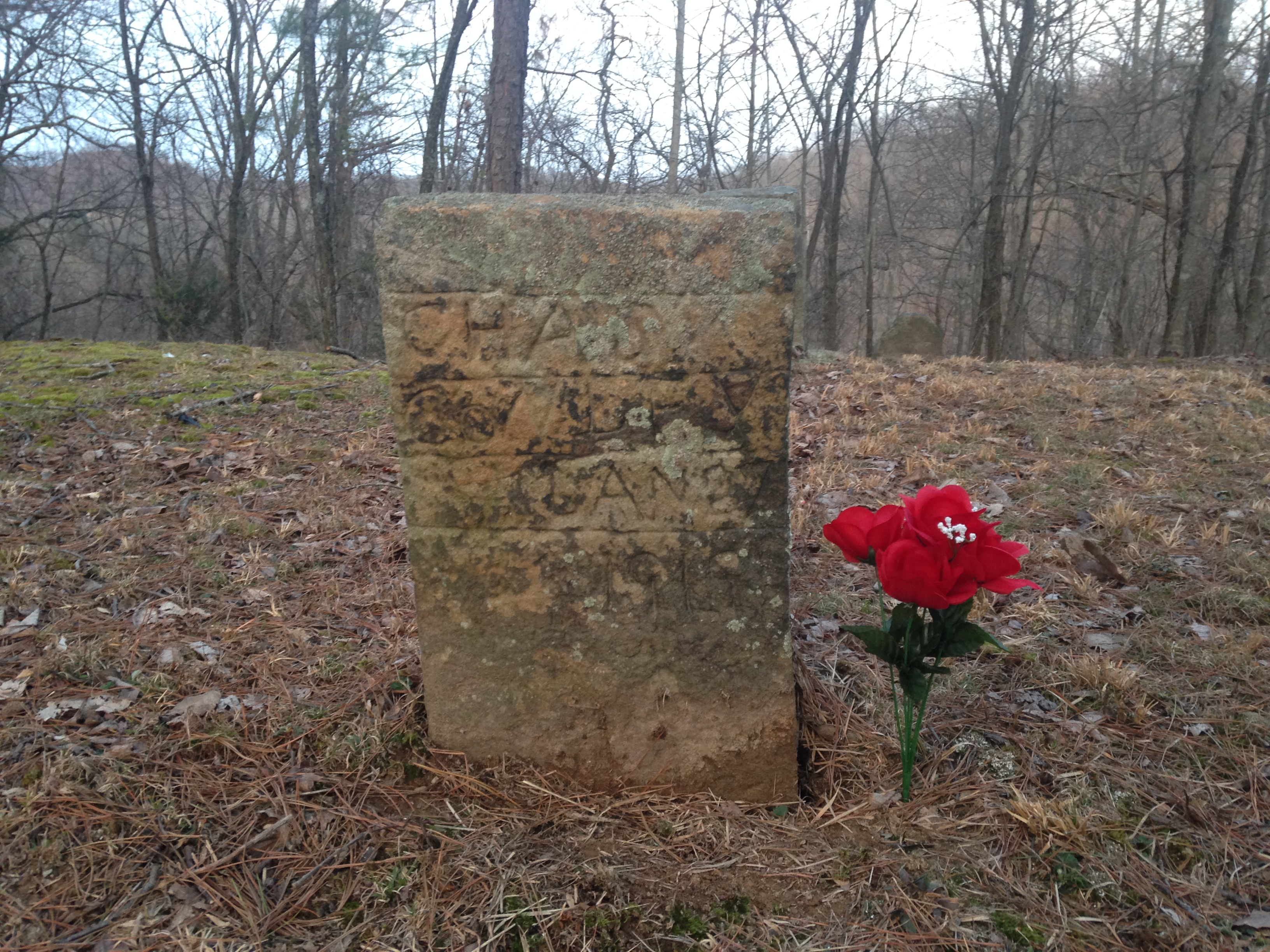 I was sure to place flowers at the grave of Charles Conley. 26 March 2018. 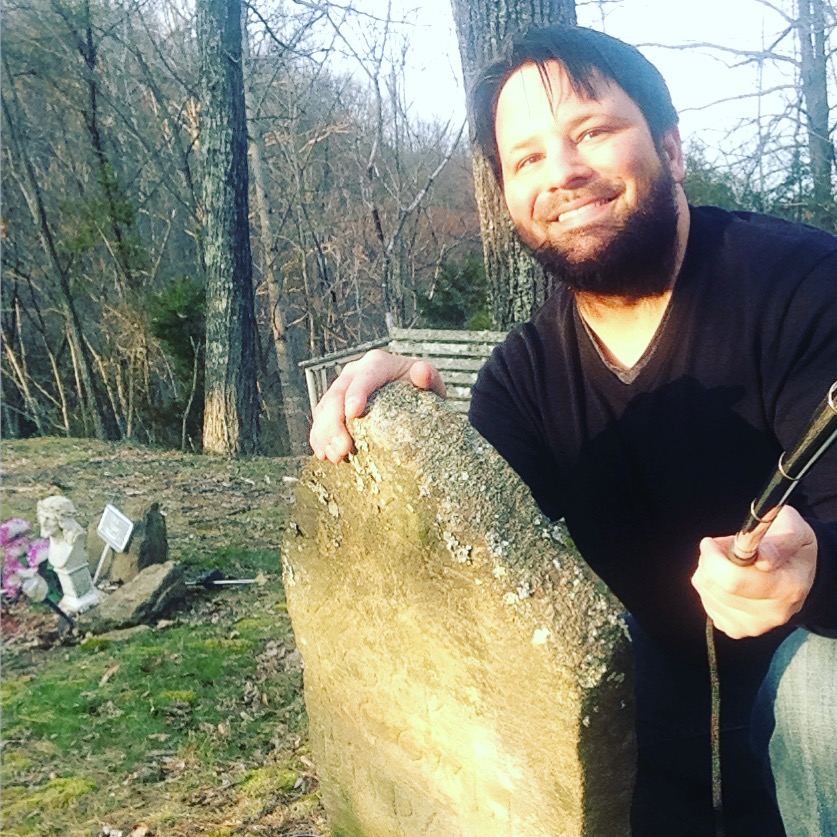 Dad and I recently cleared the Bryant-Dingess cemetery at Bearwallow Gap in the head of Piney Fork and Hugh Dingess Hollow on Harts Creek, Logan County, WV. I last visited this cemetery over twenty years ago. 27 January 2018.

Up above the cemetery are these magnificent rocks. 27 January 2018.

Looking from the rocks down into Hugh Dingess Hollow of Smokehouse Fork of Harts Creek. 27 January 2018. 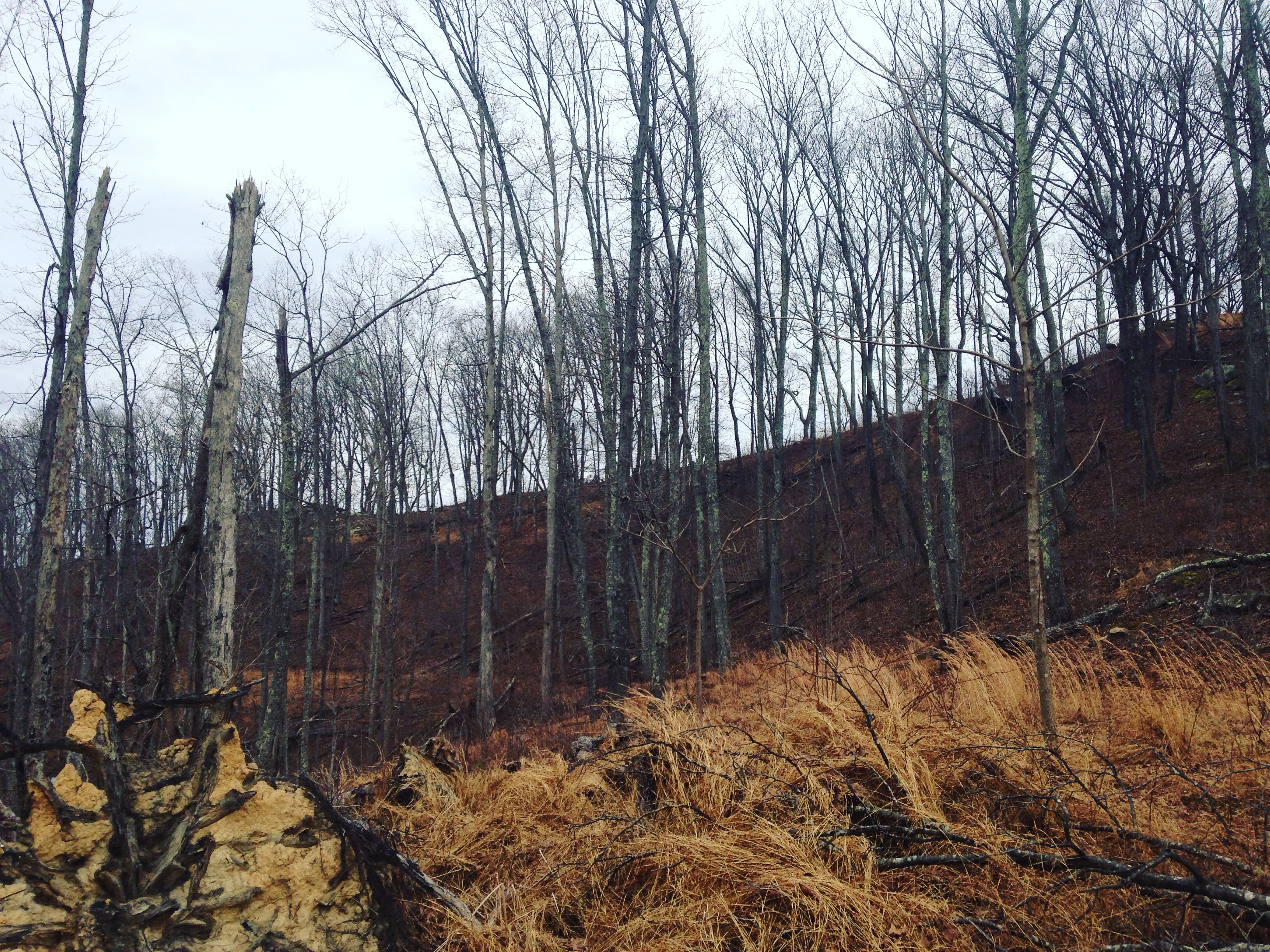