From “Virginia and Virginians, 1606-1888,” published by H.H. Hardesty, we find this entry for James Andrew Nighbert, who resided at Logan, West Virginia:

Is descended on his father’s side from German ancestors who many years ago settled in America. They were a family of patriots, and as bravely served in the defense of their adopted country as they had done in their Fatherland. Both paternal and the maternal grandfathers of the subject of this sketch were Continental soldiers in the Revolutionary war. George W. Nighbert and his wife, Elizabeth Scaggs, are the parents of James Andrew Nighbert; the father was born in Wythe county and the mother in Montgomery county, Va.; their son, James Andrew, was born in Montgomery county, Va., and moved to Logan county, same State, in 1844. Here he has since resided. He espoused the Southern cause during the civil war, and served as first lieutenant in Co. B, 36th Va. Inf., and was major in 1st regiment Va. State Line; was member of the Virginia Legislature from 1863 until 1865; President of the County Court, Logan county, from 1880 to 1888; was one of the delegates to the National Democratic Convention in 1888; at the present time he is the largest resident land owner in Logan county, in the management of which he is at present engaged. He is a large-hearted, generous citizen, thoroughly interested in the progress of his State and county, always ready to devote his time, talents, means and influence to aid a progressive movement, and has contributed largely to render Logan one of the leading counties in the State. Mr. Nighbert is a member of the Knights of Honor. 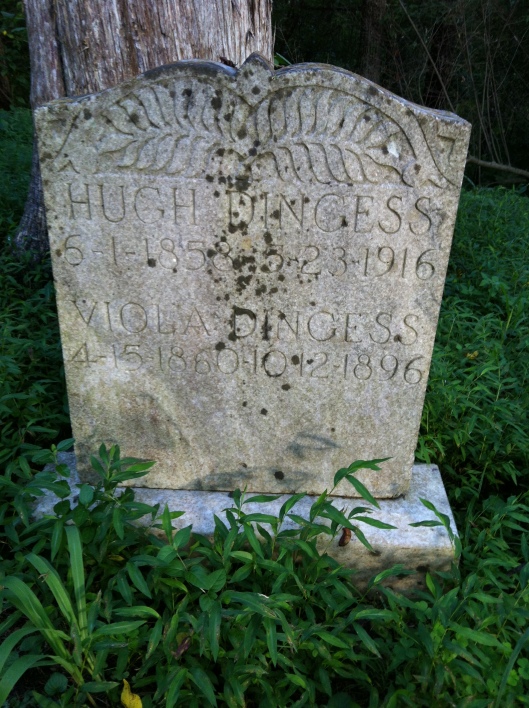 The Hugh Dingess Family Cemetery, which I visited on 24 August 2014, is located on Smokehouse Fork of Harts Creek in Logan County, WV. Driving up Smokehouse Road from the old Shively Post Office, it is located to the right of the road just past Hugh Dingess Hollow (or Bill’s Branch, as the stream is sometimes called). I updated this cemetery list on 3 August 2015.

rock headstone and footstone, both fell over (baby)

rock headstone fell over with footstone?

rock headstone laying with small rock beside of it protruding upward

Thanks to Kathy Adams and her family, I located the Bernie Adams grave on Harts Creek earlier this year. 28 March 2015

The John Morgan Adams Family Cemetery, which I visited on 28 March 2015, is located on Hoover Fork of Harts Creek in Logan County, WV. It is situated 0.6 miles up main Hoover from the mouth of McCloud Branch. It is located on the right going upstream. This cemetery is covered in growth and small trees, nearly forgotten. 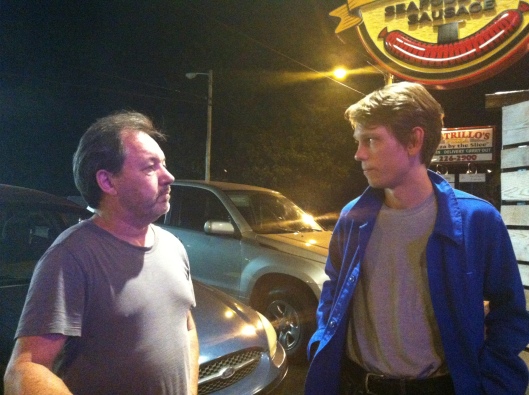 From “Virginia and Virginians, 1606-1888,” published by H.H. Hardesty, we find this entry for George W. Morgan, who resided at Logan, West Virginia:

Holds the office of justice of the peace at Logan C.H., and is a most efficient and honorable officer. He owns a beautiful residence in this town, where he resides with his interesting family. Besides his official business, he is a carpenter and builder by trade. The Morgans have lived in Logan county many years, and have always ranked among the best and most influential citizens. Isaac E. Morgan, father of the subject of this sketch, was born in Wyoming county, W.Va., April 8, 1811. He held several offices in that county; was representative in the House of Delegates from 1853 to 1854. He married, Oct. 24, 1837, Dollie C. Stone, who was born in that county April 3, 1815; the marriage took place in that county. They were the parents of the subject of this sketch. The father died in Logan county Oct. 1, 1879; the mother Jan. 19, 1876. Their son, George W. Morgan, was born in Logan county, W.Va., Sept. 2, 1855; was married there March 8, 1878, to Miss Polly Ann Chapman, who was born in the same county Feb. 2, 1849. Their marriage has been blessed with one daughter, Dollie Maud, born in Logan county, W.Va., Nov. 28, 1878; is now residing with her parents. Isaac E. Morgan, father of George W., was at the time of his death, Oct. 1, 1879, honorably filling the position of president of the county court, and had held many other offices; no citizen of this county has ever been more highly esteemed, nor has the death of one been more deeply regretted. The post office address of George W. Morgan is Logan Court House, West Virginia.

During my recent trip to Nashville, I visited the final resting place of my late friends, John and Marie Hartford.

NOTE: One of the “baby” graves is actually a pig.