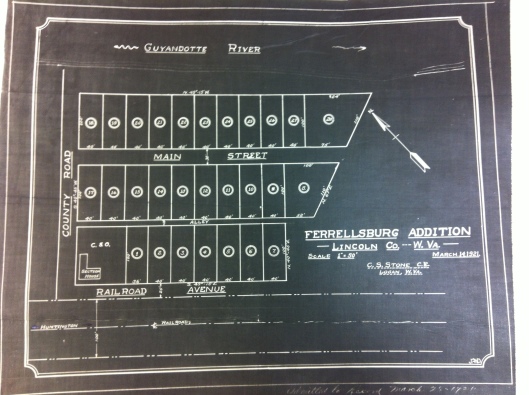 Today, the county road and Main Street are called Kirk Street. Railroad Avenue is Mullins Avenue. In the 1980s, the county road became Kirk Street, Main Street became River Avenue, and Railroad Avenue retained its original name. In the late 1990s, the Lincoln County Commission approved the names of several new streets in town. In the early 2000s, 911 disregarded history and our county commission and improperly renamed many of our streets–and required that we use HARTS as our town address. NOTE: The county road led to a ferry at the river.

A correspondent named “Blue Eyes” from Ferrellsburg in Lincoln County, West Virginia, offered the following items, which the Logan Banner printed on April 6, 1923:

The hard road is being rapidly worked on here at this place. We hope Logan County will keep her part of this road worked to make a speedy finish.

Mr. J.W. Stowers is still at home; he doesn’t go out much. Sometimes he fox hunts with his hounds.

Hugh Farris, a merchant from Piney, is here looking after business interests.

Mr. John Lucas made a rushing trip to Chapmanville Tuesday.

Mr. Bartley returned from a home visit in Huntington Monday.

Miss Martha Fowler made a trip to Logan Monday looking after business matters.

A Holiness revival will begin here this week by Brother Wellman and wife. We are certainly proud to announce the meeting because the people in this section have got their eyes on this highway of holiness. We are expecting a large crowd and a good meeting.

Mrs. Cora Adkins has been very ill for the past few weeks, but is improving now.

Mr. John Pitts was on his way to work Saturday night when he fell and shot himself and now is in the Logan hospital.

The beauty of this place left here yesterday—Miss Cora Kelly.

Mr. W.E. Fowler, a merchant of Ferrellsburg, has gone to saw milling.

The girls in Ferrellsburg are very sad at this writing on account of bad weather and bad roads, and are hoping the hard roads will be completed in a short time so they can begin joy riding.

Mr. Homer Tomblin and friend John Dan are taking a vacation this week. They will begin work Monday.

On June 4, 1937, the Logan Banner of Logan, WV, offered an interview with an elderly resident who recounted a terrible dry season in the Guyandotte Valley in 1881. 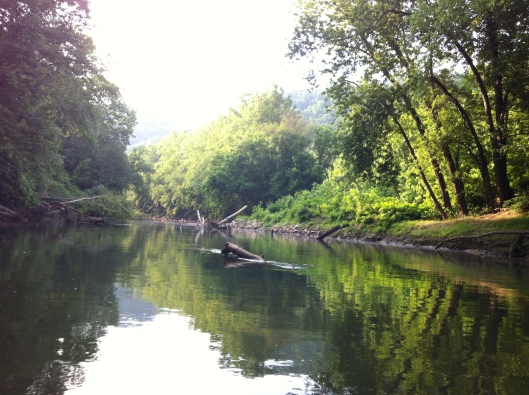 Attorney J.E. (Ned) Peck Says Weather Was So Hot That Corn Was Hoed In Moonlight; Animals Died From “Black Tongue”

Attorney J.E. (Uncle Ned) Peck was in a reminiscent mood early this week as a result of the hot weather which preceded the storms yesterday and the day before.

While everyone else was complaining about the extremely hot weather coming so early in the spring. Uncle Ned contentedly maintained his usual tenor of life and kept himself cool with memories of the summer in 1881 when a drought of proportions such as have never been heard of before or since struck Logan county and lasted for four months.

Attorney Peck told how the weather became so hot that everybody hoed their corn by moonlight to keep the stalks from withering under the blazing sun which would begin to bear down at 7 o’clock each morning and increase in intensity until 6:30 in the evening when the mountain peaks would give some surcease from the bright yellow infernos of mid-day heat which surrounded everything in a furnace-like grasp.

Uncle Ned related that the banks of the Guyan were lined with animals from the hills, all enmity forgotten, staking their thirst side by side for days on end.

He was just 13 years old then, but he says he distinctly remembers standing in the yard of his home at Pecks Mill with his mother and counting more than a score of deer in a river bottom cornfield below the house.

Wild animals died like flies and a plague of “Black Tongue” ravaged the many herds of deer which roamed the mountains and river valleys of Logan county.

A total of 1500 deer died that summer, Uncle Ned said, and Albert Dingess, old resident of Harts Creek, found 101 deer, dead and dying, their tongues blackened and swollen from their mouths, packed, in a lick near his home.

Deer pelts sold for $4 each, but the flesh was inedible after the animal had died of the plague. Licks throughout the county were rancid with the smell of burning carcasses which had been skinned and stacked in huge piles to be made into pyres.

Water in Guyan river became so low that one could stop the flow over shoals with the hand, and his father had to slow corn meal production to one grinding a week at their grist mill, Attorney Peck said.

The only way that corn could be ground was to allow the dam which spanned the river to fill and then run the mill until the water was used. Then it would take another week for the dam to refill.

No persons died of heat in the county that summer and the crops were not materially damaged, though the toll on animal life was high.

When the leaves began to turn and light frosts added a crispness to the air, the animals started an exodus from the river valley back to their haunts along creeks and in dark hollows and Logan countians knew that the drought was ended.

With such an experience, and with the summer of 1881 in mind, it is easy for Uncle Ned Peck to say in all sincerity: “We’re having a mighty cool spring this year.” 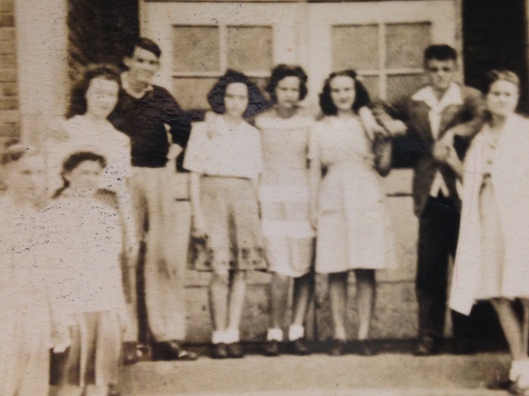 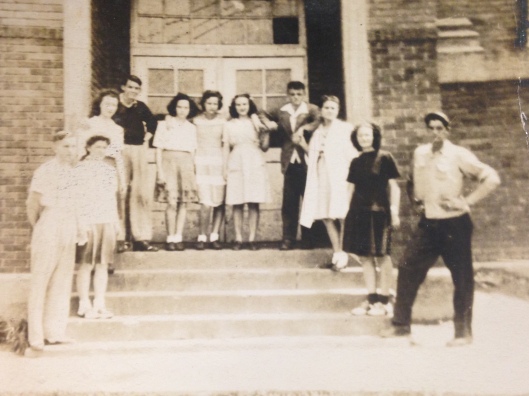 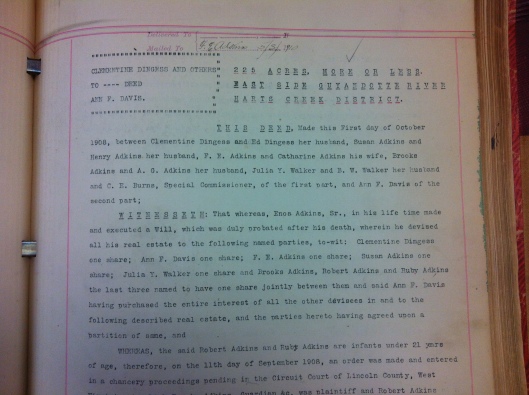 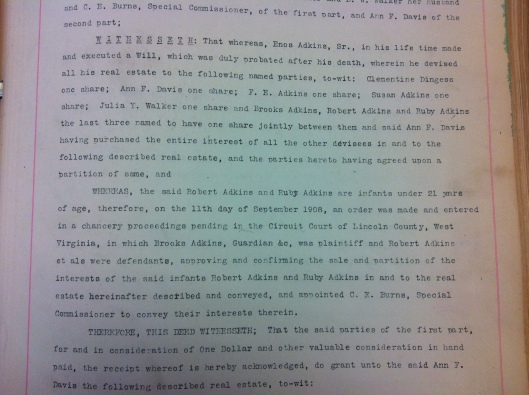 Deed Book __, page ___, Lincoln County Clerk’s Office, Hamlin, WV. I knew Bob Adkins, the infant referenced in this deed. He was a key source about the Lincoln County Feud. 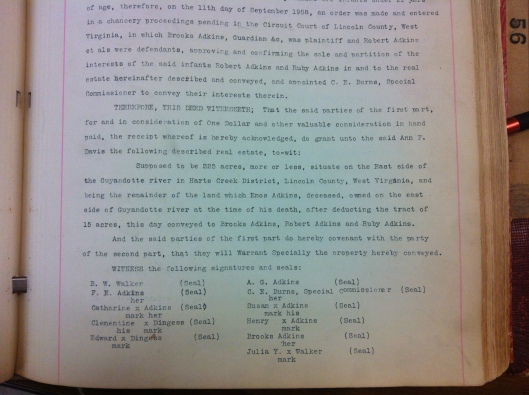 Deed Book __, page ___, Lincoln County Clerk’s Office, Hamlin, WV. Note who could and who could not sign their name. 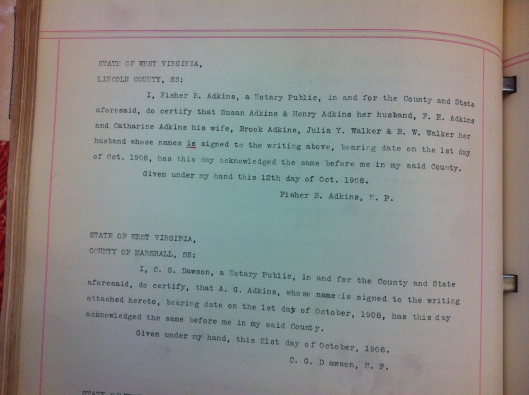 Deed Book __, page ___, Lincoln County Clerk’s Office, Hamlin, WV. Note: Albert Adkins was incarcerated at the West Virginia State Penitentiary at the time of this deed, which is the reason for a Marshall County notary.

An unknown correspondent from Chapmanville in Logan County, West Virginia, offered the following items, which the Logan Banner printed on September 20, 1927:

The 7th and 8th grades and Junior high school are progressing nicely under the management of Mr. and Mrs. Rigdon and Mr. Dobbin.

Mrs. Dennie Blevins and children of West Logan passed through this town Sunday.

Miss Lula Blevins was visiting home folks over the week end at Curry. 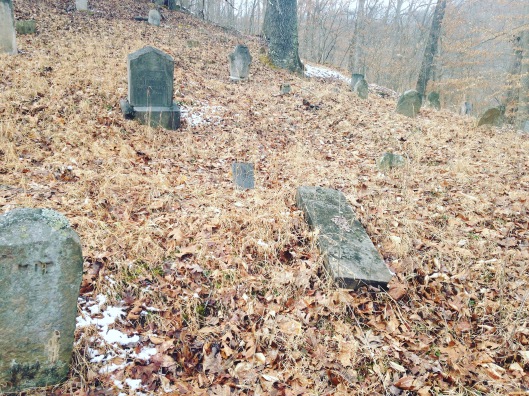 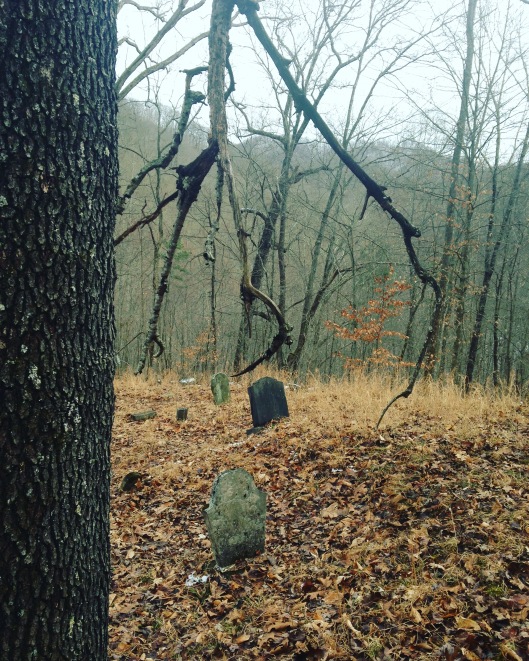 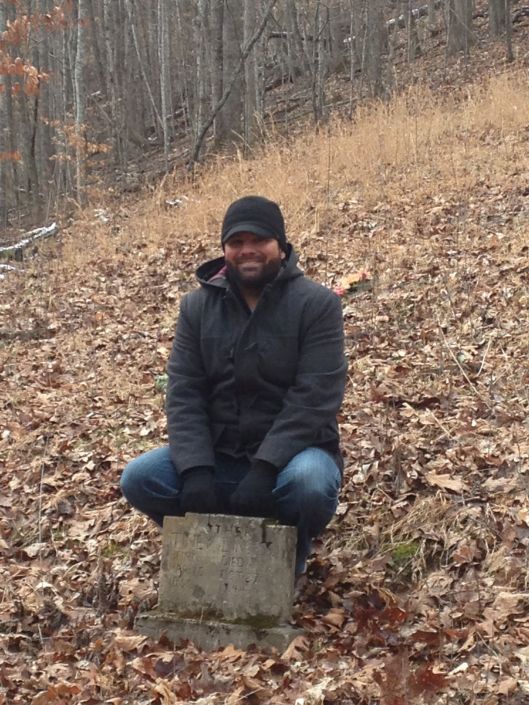 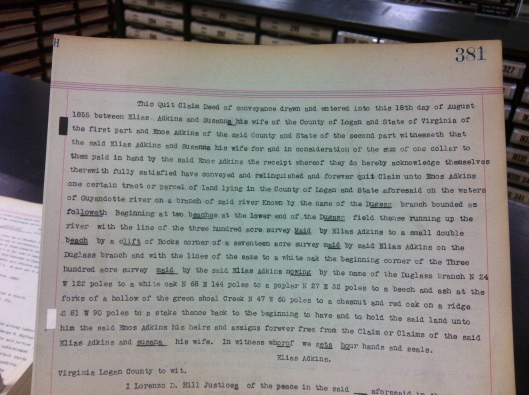 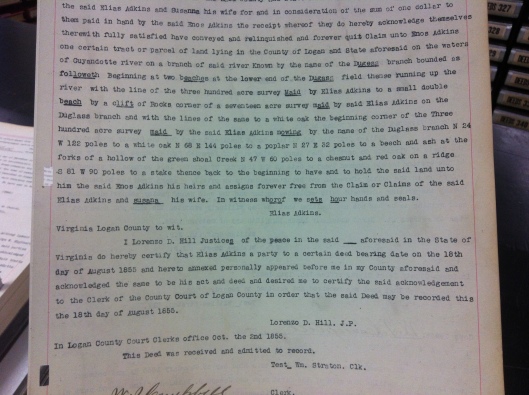 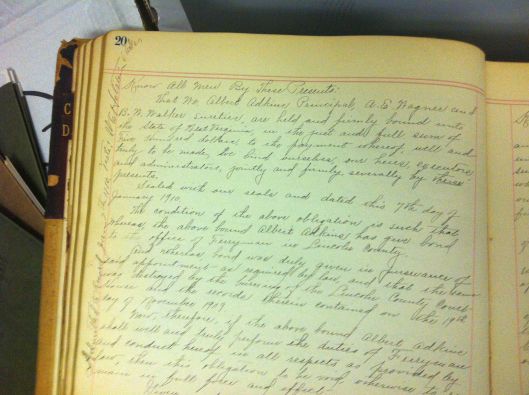 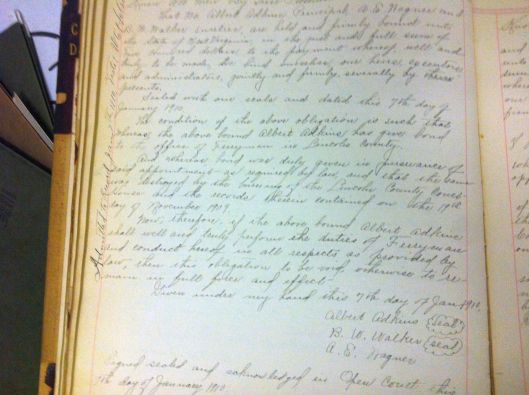 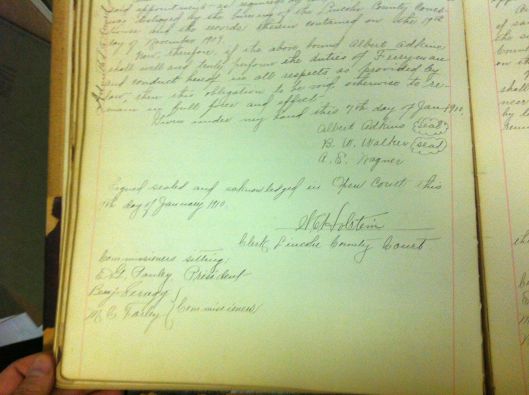 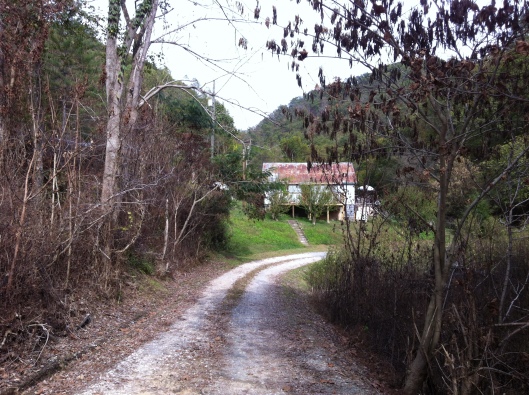 Douglas Branch, located in present-day Ferrellsburg, Lincoln County, WV, was named for Jacob Douglas, husband of Sallie Fry, who settled in the area by 1829-30 from Giles County, Virginia. Mr. Douglas, born about 1804, appears in the 1830 Logan County Census. In 1850, he lived in Boone County. He died in 1855 in Gilmer County. 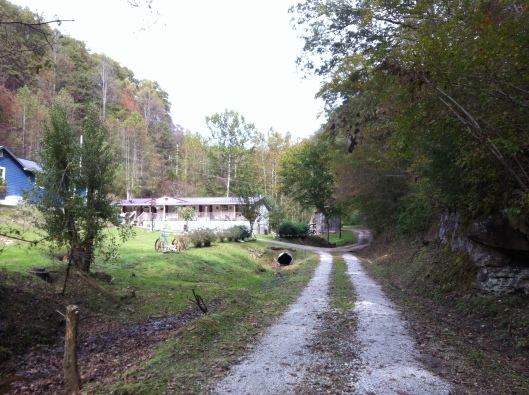 Enos “Jake” and Leticia “Lettie” McKibbon (Toney) Adkins were early residents of Douglas Branch. Following the Haley-McCoy murders at the mouth of Green Shoal in 1889, Al Brumfield rode up this hollow and spent the night under a beech tree. In the early 1920s, my great-great-grandfather Emery Mullins just up this hollow and to the left. 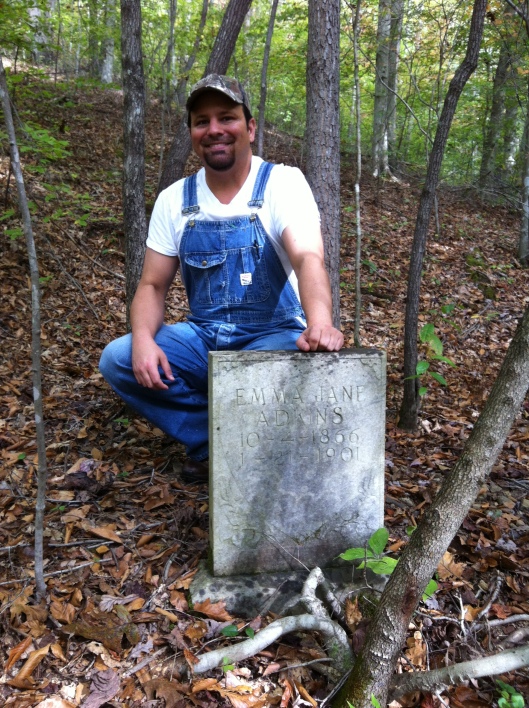