Logan Memorial Park was a “perpetual care” cemetery established in the late 1920s in McConnell, Logan County, WV. The cemetery contains the final remains of many noteworthy Loganites, including Mamie Thurman, whose 1932 murder continues to tantalize regional residents. The Logan Banner reported on the cemetery’s beginnings on September 7, 1928:

Conclusive proof that Logan is soon to have a modern burial part embodying all the improvements found in the highest type institutions of this kind anywhere was afforded a reporter of The Logan Banner in an inspection of the work being done near McConnell by the Logan Memorial Park company.

Much work was found to have been done already. Brush and undergrowth has been cleaned off the entire 20 acre tract. This will finally include the grubbing of stumps and raking up the trash until the entire tract can be mowed with a lawnmower. Several hundred sled loads of loose rock have already been hauled to the banks of the small stream that flows through the central part of the tract, where a rubble stone embankment will be built near the water course to be covered with vines and shrubbery.

All surface rocks will be removed, blasting being resorted to loosen the larger ones. Several hundred holes were drilled in the surface of the entire plot of ground before it was decided that it would be a suitable place for burial purposes. It was found that there was no ledge rock on the entire tract except at one small spot.

Work is now in progress in preparation for the concrete road to be built from the state road into the park. A ditch suitable for the placing of 26-inch tile to carry the small stream out of the park is being dug. The C. & O. had two steam shovels at work Wednesday cleaning off a sidetrack, unused for several years and submerged by silt from the roadside, preparatory to setting out a carload of tile. It will be laid at once and then the making of a grade for the concrete will follow.

This entrance is between the residence of Burgess and Aldridge. Options have already been secured on property adjacent so that a large stone and iron entrance can be built just off the state road. From that point the hard surfaced road passes up the hollow to where a natural amphitheater provides several acres of smooth land where the first section of the park will be developed. The improved road will entirely encircle this plot so that easy access will be afforded and each lot will be reached by either the roadway or paths.

At the lower end of the natural amphitheater stand several houses that were formerly the property of the Aldridge Coal Company. The present tenants have been ordered to vacate these and they will be torn down.

Water will be supplied to the entire section now being developed and in the spring the entire tract will be plowed and seeded to the best grass obtainable. At that time much shrubbery, from the best nursery stock, will be planted under the direction of competent landscape gardeners.

The Bannerman was in doubt as to the closeness of this tract to the Courthouse, so it was metered and clocked. It proved to be 2 1/2 miles in distance and it was driven easily in traffic in six minutes. Thus there will be the dual advantages of the great natural and enhanced beauty of the Logan Memorial Park site and proximity to the town.

The earnest desire of the company to get this memorial park ready for those desiring to use it is shown in the rush that characterizes the work of cleaning it of brush and rock and in getting in a permanent road. More than a dozen men have been at work ever since the charter was granted and others will be added as more projects get under way simultaneously. The permanent road is to be laid immediately. The rubble stone wall along the stream will come later, but every bit of the work is to be pushed as rapidly as men can do it.

The perpetual care which the charter confirms to the lot owner will no doubt be a great inducement. Already interested parties are inquiring about when it will be open for inspection. Q.L. Stewart, the manager, assures them that no avoidable delay will be allowed to intervene.

Here’s a WPA map of the cemetery dating from the 1930s: 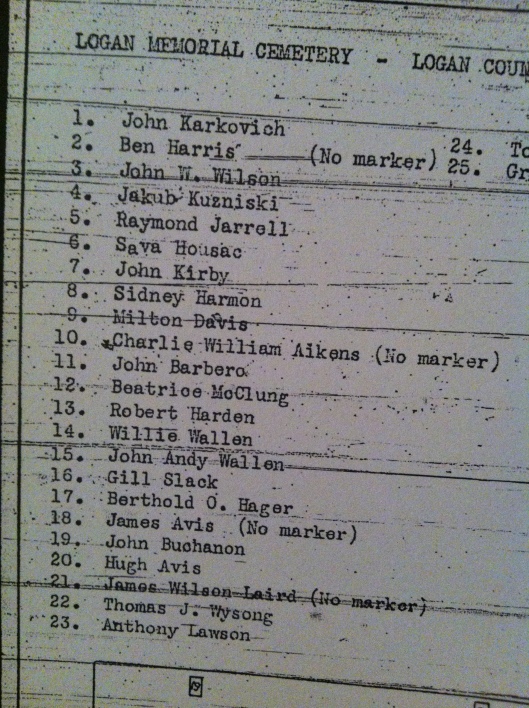 This 1938 map of the cemetery is located in the Logan County Clerk’s office: 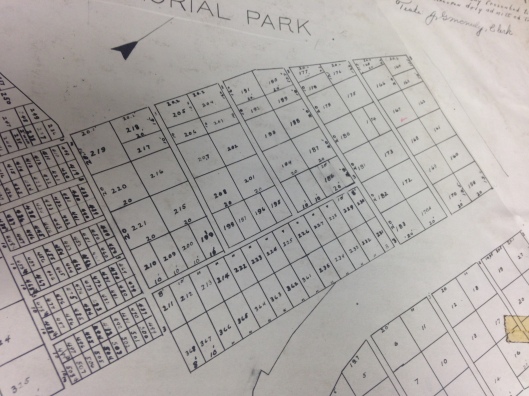 Here are photographs of the cemetery in 2020: 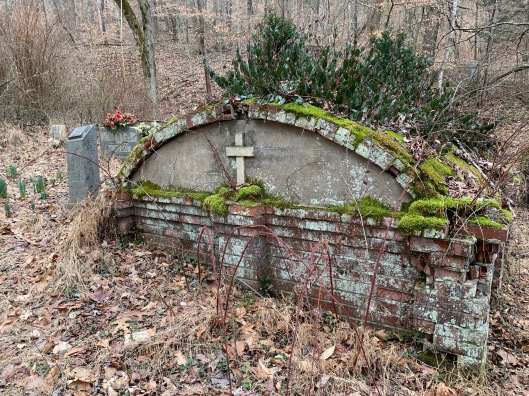 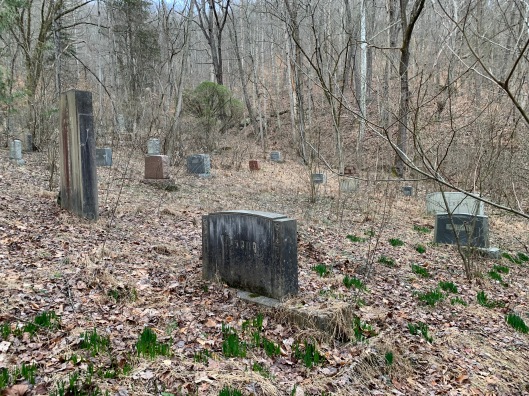 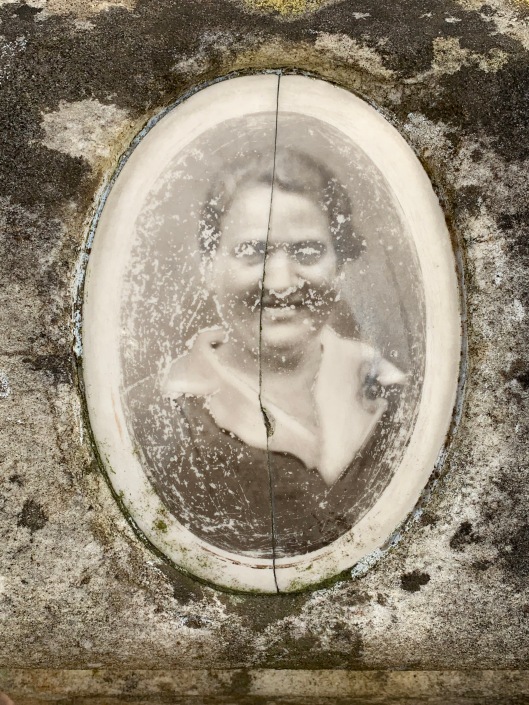 Many immigrants are buried in the cemetery… 14 February 2020 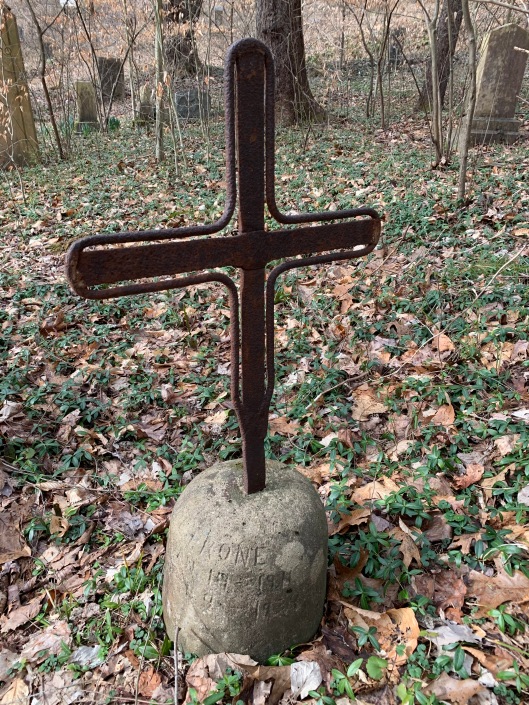 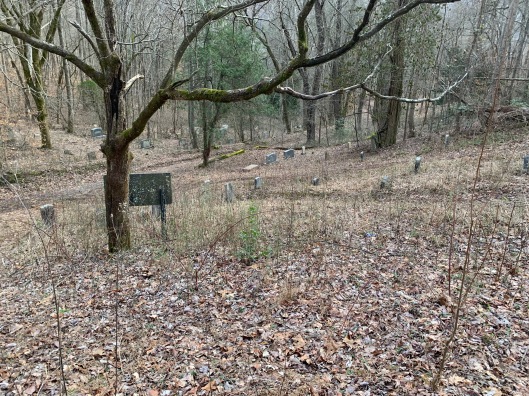 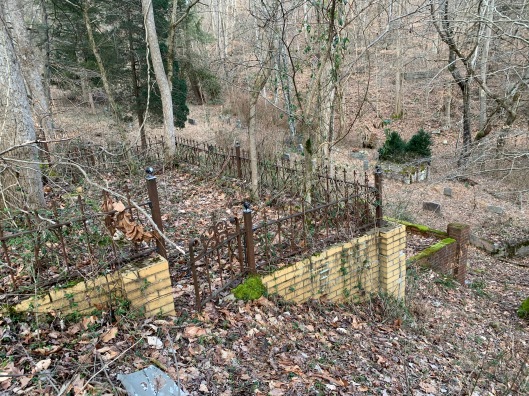 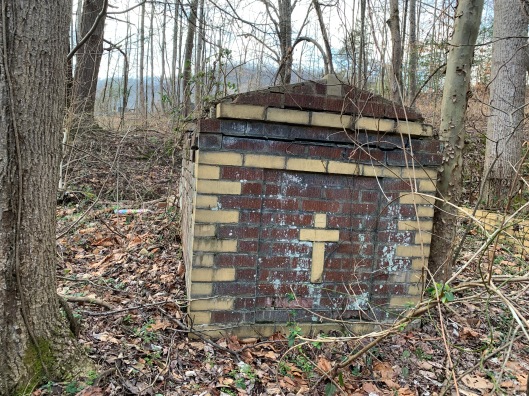 Mamie Thurman is buried below the Steele Mausoleum… 14 February 2020 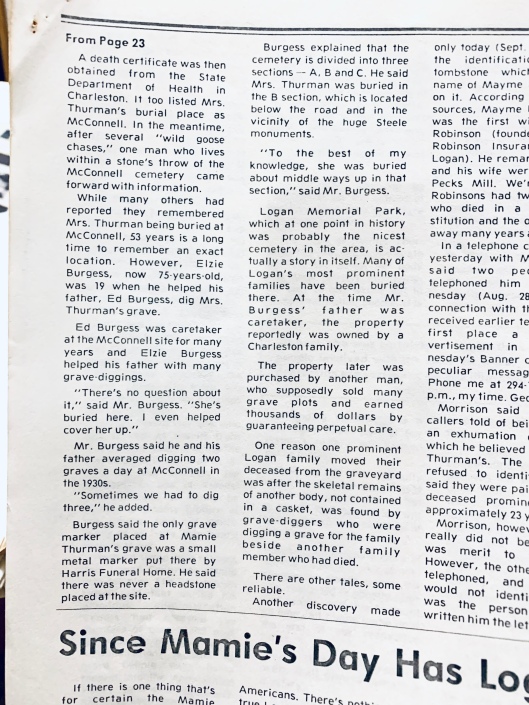 Elzie Burgess helped dig Mamie Thurman’s grave. Here is an interview with Mr. Burgess by Dwight Williamson, dating from about 1985…

Political history for Logan County, West Virginia, during the 1920s was particularly eventful; it included the latter years of Sheriff Don Chafin’s rule, the Mine Wars (“armed march”), Republican Party ascendancy, and the rise of Republican sheriffs Tennis and Joe Hatfield. What follows are selected primary source documents relating to this period:

John Cooley being by the undersigned authority first duly sworn, says that on the 5th day of November, A.D., 1924, he was on his way from work, and was traveling along the county road through the Town of Switzer, in Logan County, having been a mule driver, was riding his mule. Orville Hall was with affiant. I was riding and Orville was walking. We saw a car coming, with Jack Meadows and Buck Adams, Deputy Sheriffs in the car, with some other men we did not know. When they approached us, about 300 yards away, they began firing their pistols shooting down by the side of the car into the ground. They kept shooting until they came up where we were, and shot by the side of the mule I was riding, and frightened him right much, but the mule did not throw me. They shot within about three feet of the mule. Several citizens heard the shots in Switzer, and some of them saw it.

We went before G.F. Gore to get a warrant for the men, and he ask us who did the shooting, and we told him, and he said, “They are deputies. I do not see how you can do anything with them.”

Before the undersigned authority, Ira P. Hager, a United States Commissioner in and for said District, personally appeared this day Jesse Yeager, who after being by me first duly sworn, says that he resides at Stollings (or McConnell), Logan County, in said District.

That on November 5th, 1924, being election day, affiant went to the Court House to ascertain the results of the election, and affiant was standing in the crowded room. Wayne Grover came up to affiant and said, “God dam you, you haven’t any business here. You are legging for the Republican Party.” And at the same time struck this affiant in the side of the head with some sort of weapon, which affiant believes was a black-jack. That affiant fell to the floor in a dazed condition, very much injured, and affiant’s hip was almost broken, and affiant suffered a great deal on account of the same.

There were no arrests made. He ran back into the crowd as soon as he struck me. Affiant never had any trouble or hard feelings against the said Wayne Grover, and there was no excuse or provocation for the assault, except that affiant worked for the Republican Party in the election.

Taken, subscribed and sworn to before me this the 8th day of November, 1924.

An unknown correspondent from Banco on Big Creek in Logan County, West Virginia, offered the following items, which the Logan Banner printed on September 21, 1926:

Here we are again with the news from the dear old town of Banco.

Miss Ella Jane Toney of Chapmanville was the weekend guest of her aunt Mrs. Sallie Lucas on Elm Street.

Mr. and Mrs. R.L. Perry and children of McConnell motored to Vickers Branch last Saturday and were the guests of Mr. Perry’s parents, Mr. and Mrs. W.H. Perry.

Mrs. F.L. Estep of this place was the Sunday evening guest of her sister, Mrs. Julia Varney.

Mr. and Mrs. Robert Varney and children of Shegone was the Saturday night and Sunday guests of Mrs. Varney’s parents, Mr. and Mrs. Charles Duty at Spring Dale.

Mr. and Mrs. Ted Hager of Big Creek were the week guests of Mrs. John Hager.

H.F. Lucas attended church at the Lane church last Sunday. Wonder why he wasn’t up North?

Love and best wishes to The Banner readers.

An unknown correspondent from Harts in Lincoln County, West Virginia, offered the following items, which the Logan Banner printed on October 8, 1926:

Mr. and Mrs. Drew Adkins and children of Logan have been visiting the latter’s sister, Mrs. R.L. Powers, of this place.

Miss Blanch Lambert of Toney has been calling on Miss Cora Adkins.

F.B. Adkins, Republican nominee for county clerk, was taken to the Kessler-Hatfield hospital on Monday night with an injured arm.

Miss Sylvia Cyfers of Gill was the guest of Miss Cora Adkins Saturday.

Misses Nannie and Vergia Fry of Barboursville were the weekend guests of Mr. and Mrs. S.H. Adkins and family.

Mr. and Mrs. Herb Adkins have moved into their new home which was completed only a few days ago.

Mr. and Mrs. Dallas McComas of this place were visiting home folks at West Hamlin Saturday and Sunday.

W.M. McCann of Logan was the guest of his daughter, Mrs. Watson Adkins, one day last week.

O.E. Bias, C. & O. operator of this place, is working at McConnell for a few days.

Dr. Taylor of Huntington made an eloquent speech here one day last week.

Bill Adkins and M.C. Farley made a flying trip to Ranger Wednesday.

Clyde Rutherford was seen in Harts this week.

Miss Mae Caines of this place made a trip to Logan one day last week.

Mrs. Fred Adkins and Florence Davis have been calling on Rev. and Mrs. Jas. Porter.

J.M. Marcum of Ranger, Democratic nominee for county clerk, was in Harts Wednesday.

Dr. J.T. Chafin of Hamlin was in Harts Wednesday.