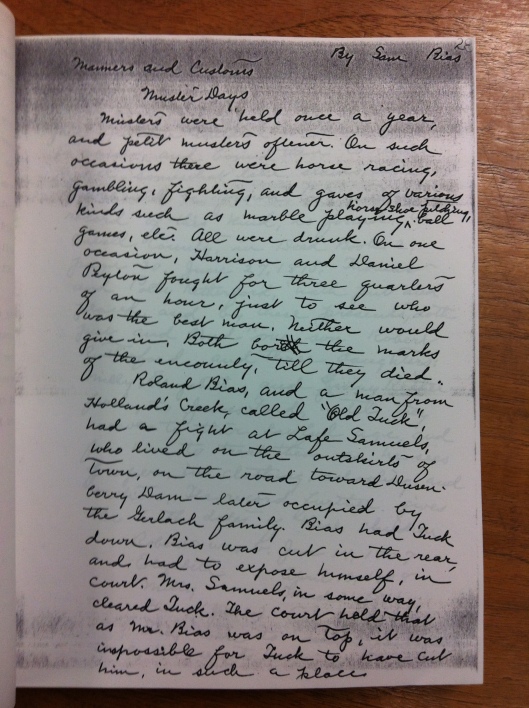 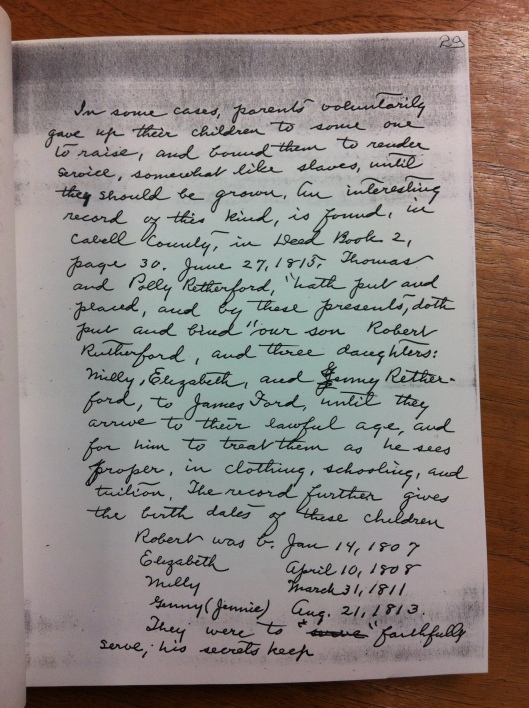 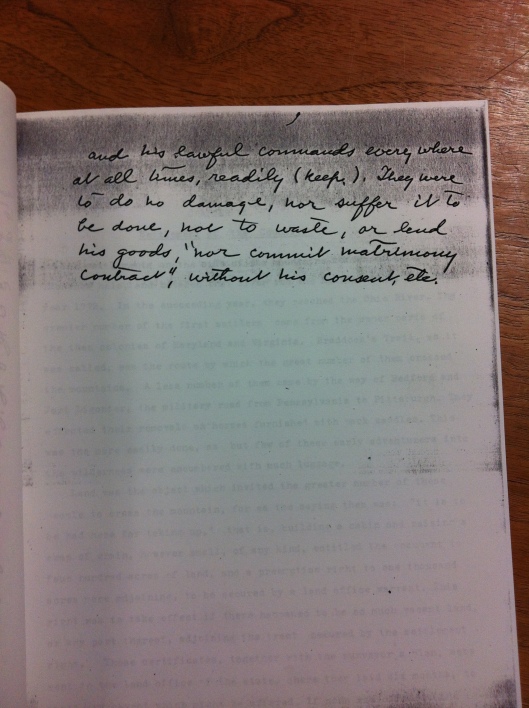 Aside from this great fiddling history, I located several wonderful passages that hinted at Civil War era life in the Guyandotte Valley.

“A family named Bailey ran a mill at Harts Creek,” Sam Bias told Lambert in 1942. “They had seven or eight children — all half-naked. This was during the Civil War. Such mills ground slowly and people got hungry waiting for their grists. Mr. Bailey furnished a skillet where folks could parch corn when hungry. Food, in those days, was either secured from the forests, or produced on the farms. It consisted of corn bread, potatoes, bacon, pickled pork, and a few vegetables produced in the gardens. Hogs were often kept before being killed till they weighed as much as five or six hundred pounds, or more. There were no canned goods. We often fished at night and had fish the next day fried in bacon grease. We used a hook and line. We had guns and often killed ducks. I killed a bald eagle just above the Falls. It measured seven feet from tip to tip of their wings. It had been catching Lewis Midkiff’s geese. Women were very modest, and wore long dresses. People were scarce. They often lived five or six miles apart. Comber Bias, from the Forks of Two Mile, bear hunted at Harts Creek. He got a bear shortly after the war and I ate some of it. We had spinning wheels and looms. I can remember when my mother made pants and knit socks for us.”

“I remember bear and deer were plentiful in my early days,” said Bill Peyton. “Panthers were gone. I have laid by trees with my brother Lewis where six coons were until daylight and my father would come and shoot them. He killed many deer, a few bear, a few wildcats, foxes, panthers, etc. Trapped foxes. Much flax and cotton was grown. I have helped pack cotton many times. Many people had stills and made brandy. The Major Adrian, Louisa, and Lindsey [were steamboats] that ran before the war. Sugar orchards were plentiful. We raised wheat during and after War. Soldiers of both sides passed at different times. About 1200 Yankees went down the Creek as from Boone to B’ville on one occasion. Did no harm. Rebels (about 1000) also passed on another occasion on way to Wayne. They did no harm. Later soldiers came and robbed us and took a horse — Rebels — took blankets, clothes, meat, etc. About 25 in party. On Guyan, Nick Messinger had a water mill at the Falls after the war ended. Two or three saloons were in Hamlin directly after the Civil War. Pomp Wentz and Morris Wentz ran the Hustler since the war. A steamboat called the Favorite ran from Huntington to Laurel Hill.”