Terry Lowry is THE authority on the Civil War in the Kanawha Valley. Stop 2 on his tour: Ruffner Memorial Park in Charleston, WV. 29 September 2019. Here is a link to Terry’s latest book, The Battle of Charleston (2016): https://wvcivilwar.com/now-available-the-battle-of-charleston/ 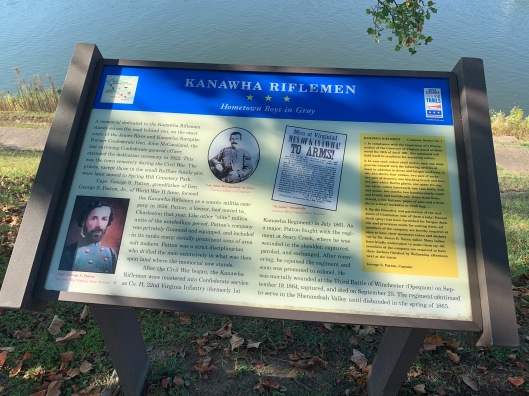 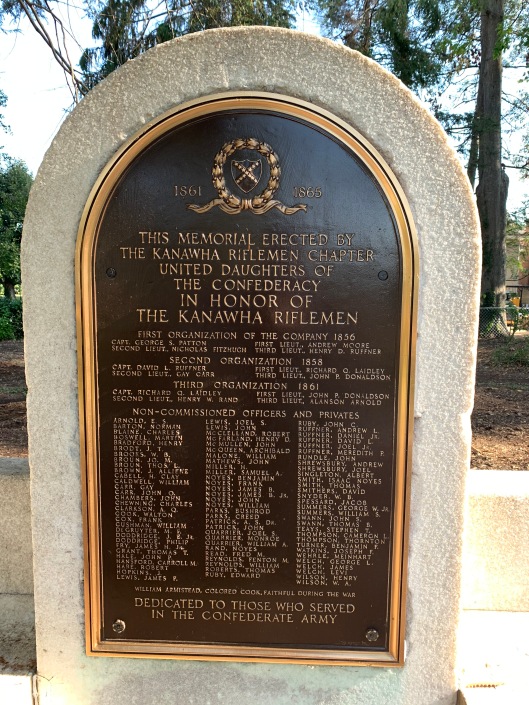 Kanawha Riflemen Memorial at Ruffner Memorial Park. In 1831, Joseph Ruffner deeded this cemetery to the city. In 1920, the site became a city park. Some graves were relocated but many are still here with their headstones buried beneath the surface. The UDC memorial was placed in 1922. 29 September 2019 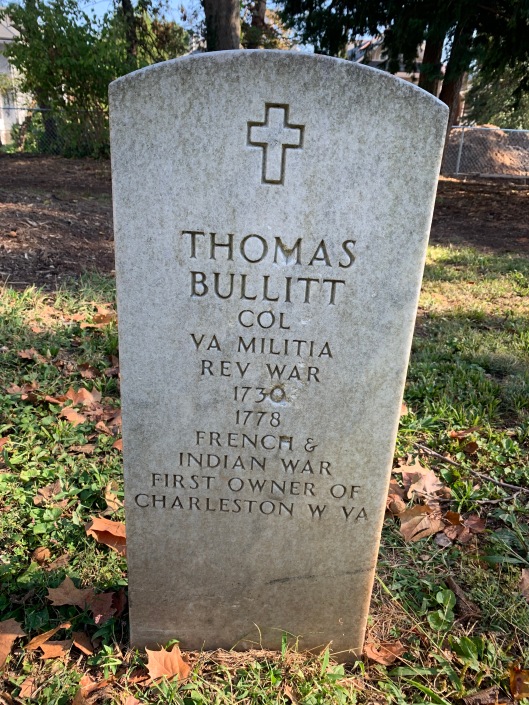 Thomas Bullitt grave. Ruffner Memorial Park. In 1776, George Washington wrote of him: “Bullet (sic) is no favourite of mine, & therefore I shall say nothing more of him, than that his own opinion of himself always kept pace with what others pleas’d to think of him—if any thing, rather run a head of it.” 29 September 2019