From the Logan County Banner, the Logan Banner and the Logan Democrat of Logan, WV, come the following items about the Hatfields:

In some way our watchful jailor Elias Hatfield learned that some week or to days ago, the wife of Melvin Runyon, who is confined in jail here for the murder of John Vance at Thacker had been trying to get a pistol in the jail to him. On Monday, Mrs. Runyon, with a brother of Runyon, and Mr. A.J. Shepherd came over to see him. Mr. Hatfield thought it was his duty to search Mrs. Runyon before she was allowed to go into the jail, which he did at once, and found a hatchet under her dress. The hatchet was taken from her and she was not allowed to go in. Mr. Shepherd and Mr. Runyon were, however, allowed to go in and talk with the prisoner. The jailor is commended by all for his action.

Tennis Hatfield, who has been confined to his room for several weeks, is improving under the care of Dr. Steele.

Tennis Hatfield who has been confined to his room for two months at Calico left last week for New River.

The many friends of Willis Hatfield here are glad to hear that Gov. Glasscock paroled him from a four year sentence at Moundsville for killing Dr. Thornhill in Wyoming county.

Mr. Hatfield caught five ground hogs Tuesday and said that it was not a good day for them either. 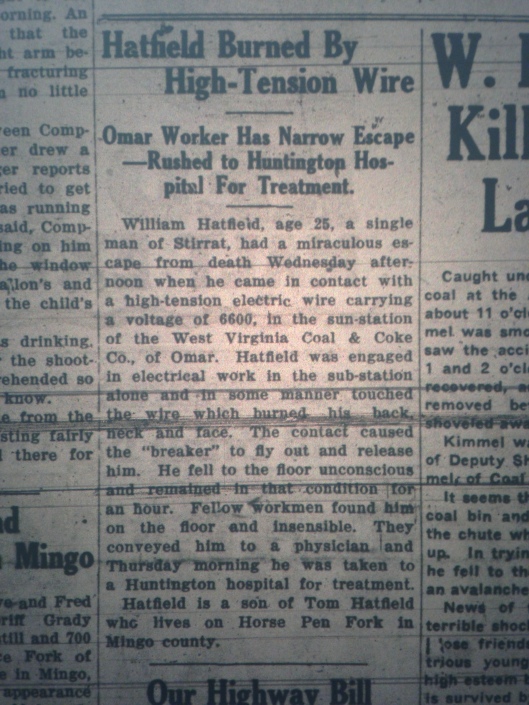 Postmaster Willard Hatfield of Williamson was bound over to court yesterday following a row in which Police Officer Dewey Boaz was shot in the foot. Hatfield waived examination and his bond for $1,000 was signed by his father, Greenway Hatfield. 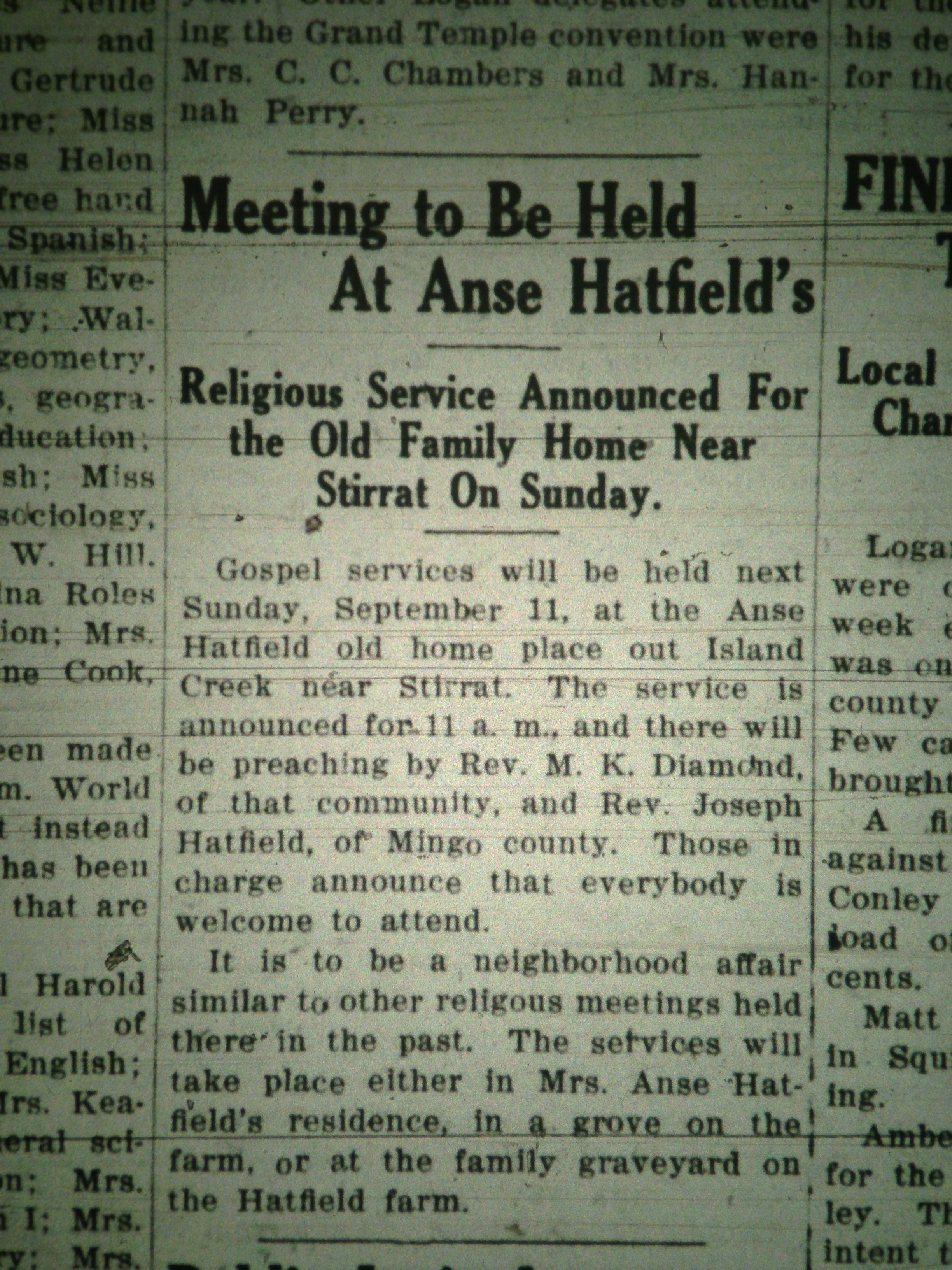